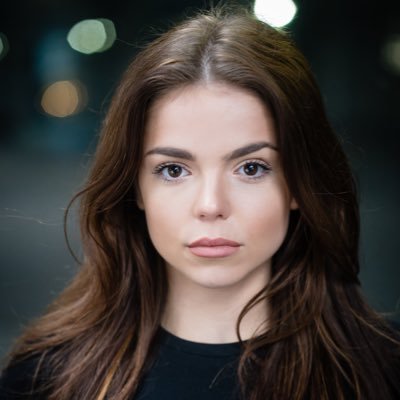 Alice Nokes is currently in a relationship. Alice has been dating Dan Bridle for a few years now. The pair seems happy with each other and they often share pictures of together in their social media account.

Some sources also said that, Alice is in a relationship with Tom Jacobson.

Who is Alice Nokes?

Alice Nokes is a British actress who is best known for her role in ‘EastEnders’ and as Willa in season 8 of ‘Game of Thrones’.

She was born on December 30, 1998, in Sutton, Surrey, England. Her birth name is Alice Holly Nokes. She has not disclosed the names of her parents. She has an older sister named Ella Noskey.

Alice holds British citizenship but her ethnicity is unknown.

Talking about her education history, she received her training from the Sylvia Young Theatre School.

She made her appearance in ‘EastEnders’ as Courtney Mitchell, the daughter of Grant Mitchell, played by Ross Kemp. The role was originally played by Megan Jossa and in 2016, she had taken over the role. Later, she made her guest appearances in ‘Casualty and Suspicion’ (2015).

Moreover, it was announced in February 2018 that Alice Nokes will be portraying the role of Willa in the season 8 of HBO series Game Of Thrones. She along with Emer McDaid, Danielle Galligan are the new cast for the eighth series.

Apart from acting, she loves dance including contemporary, jazz, tap and ballet.

She has not won any awards and nominations in her career till date. Hope, she will win in the future.

She might have accumulated a decent sum of money from her acting career however, she has not revealed the exact net worth, salary, and income.

Alice has been successful in keeping herself far from rumors and controversies in her personal and professional life.

Alice Nokes has a height of 5 ft. 4 inches and has dark brown eyes and brown hair. Other information regarding her weight, shoe size, body measurement, etc. are not available.