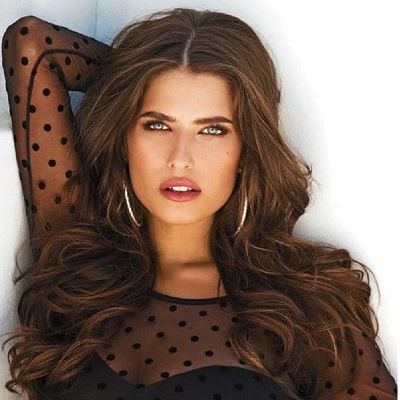 Learn to live and live to learn.

Alice Peneaca is married to a renowned Romanian director and producer, Bobby Păunescu, which according to her, acts as a stimulus for her desire to be an actor. The two dated for a couple of years and finally got married on July 18, 2015, in front of 50 special guests. The private marriage ceremony was followed by a lavish party with over 300 invited guests. Moreover, her husband was previously in a relationship with actress Monica Bîrlădeanu for eight long years, but the couple broke up in 2012.

Alice is a Romanian model, actress, and social media star, who has made a name for herself as an international model within a very short period of time. After a short modeling stint in April 2014 for FHM Romania, she worked on a series of Guess campaigns in Fall 2015 and modeled for Guess Lingerie, Guess Accessories and Guess Handbags.

She was born in Transylvania, Romania on October 31, 1991, and she is currently 27 years old. Her birth sign is Scorpio. There is no information about her family. Alice holds Romanian citizenship, but her ethnicity is unknown.

During her childhood days, she trained as a ballerina for over ten years. She even considered becoming a doctor or a criminal specialist. Prior to her modeling and acting jobs, she represented Romania at Expo 2010 in Shanghai.

Her modeling career started when she appeared on the cover of the April 2014 issue of ‘FHM Romania’. In early 2015, her life changed completely after she was discovered through Instagram by renowned fashion designer Paul Marciano. He asked her to visit his modeling agency, which she accepted and started working with him after a visit to the modeling company.

In Fall 2015, she landed a high profile modeling job for Guess Lingerie, followed by another modeling assignment for Guess Accessories campaign one month later. Within a few months, she became one of the leading models in the fashion industry.

She has already acted in one of her husband’s movies, titled Pioneers’ Palace, which premiered at the Sundance Film Festival in 2015. She has also appeared in a number of advertisements. However, she has not shifted focus fully from her modeling assignments. In fact, she enjoys the fact that her modeling jobs allow her to travel to various places around the world.

She has a height of 5 feet 8 inches and she weighs is unknown. Additionally, she has a measurement of  34-23-35 inches and her bra size is 34B. Alice’s hair color is brown and her eyes color is blue-green.