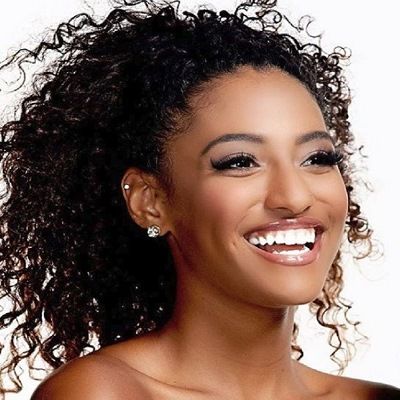 Alicia Gordillo is currently in a relationship with the famous ‘Vine’ star and social-media personality DeStorm Power. They started dating since 2017.

In Instagram, the couple was seen together in many short comedy skits for DeStorm’s Caught  The series. They were also seen in many other Vine videos and also for Zeus NetWork.

Her boyfriend  DeStorm Power has a son (Tayvion Power). Tayvion was born in 2001. But there is no information about his mother yet. Besides this, they have not revealed anything about their relationship so far.

Who is Alicia Gordillo?

Alicia is an American actress, model, singer, and a ‘Vine’ artist. Likely, she is popularly known as ‘Official Janina.’

Alicia Gordillo was born in Fort Polk, which is a ‘United States Army’ installation located in Vernon Parish, east of Leesville, Louisiana. on October 24, 1997.

Her (father’s and mother’s name is unknown). Hence, she traveled to various US military bases with her mother, who was in the army. Alicia grew up in a very protective environment. Her mother sheltered her throughout, and Alicia ended up being a shy girl. Alicia faced a lot of restrictions in her childhood.

Talking about Alicia’s education history, there is no information about her educational achievements.

Talking about her profession, Alicia soon signed with the talent agency ‘Abrams Artist Agency.’ After her initial grooming with the agency, she switched to ‘Gregg Edwards Management’ and appeared for her first audition.

The audition was for a commercial for ‘Touchstone Energy,’ filmed at the ‘Warner Bros. Studios.’

Alicia’s acting and modeling career received a boost after this. She did several print advertisements for brands such as ‘WII’ and ‘Nintendo DSI.’ Alicia got her acting breakthrough in 2008 with the comedy feature ‘The Adventures of Noah Sife: Volume 1.’

She appeared as ‘Taja’ in the first short film of the feature, ‘Men of Business.’ In the following year, Alicia was cast in the short film ‘Water Pills’ and then appeared in the ‘Disney’ series ‘Phineas and Ferb.’

Alicia has appeared in Kane’s music video ‘Shot of a Gun,’ which was featured on ‘MTV Top Music Videos’ for more than two months. While she juggled with numerous acting and modeling offers, Alicia developed a keen interest in music too.

She joined the ‘Agape International Children’s Choir,’ where she performed songs such as ‘Change My World.’ She later performed on ‘The Ellen DeGeneres Show.’ Celebrities such as Fred Nassiri and Jamie Foxx chose Alicia to perform at the CD launch of ‘Love Sees No Color’ held at ‘Paramount Studios.’

Alicia has gained prominence as a social-media star too. She owns a ‘YouTube’ channel, ‘Official Janina.’ She usually posts random content such as makeup tutorials, prank challenges, and her music videos.

The channel has earned more than 160,000 subscribers. Alicia is a ‘Vine’ artist too and has created many sketch-comedy videos on her ‘Vine’ account.

Alicia Gordillo has an estimated net worth of around $500 thousand and she has earned that sum of money from her professional career.

There are no records of Alicia’s present rumors. Moreover, the sources have not mentioned any recent rumors of Alicia.

Alicia has a height of 5 feet 6 inches and she weighs is 55Kg. Additionally, she has a measurement of 32-24-34 inches and her bra size is 32B.  Alicia’s hair color is black and her eyes color is black.