Alicia Keys is an American singer, songwriter, record producer, pianist, and actress. She is married.

Alicia Keys is a married woman for a long time. She is married to the famous American hip-hop recording artist Swizz Beatz.

They got married on 31 July 2010. They together have two children named Egypt Daoud Dean and Genesis Ali Dean.

Before her marriage, she was in a low-profile relationship with producer Kerry Brothers Jr. in 2006.

She dated the famous singer Justin Timberlake in 2002. 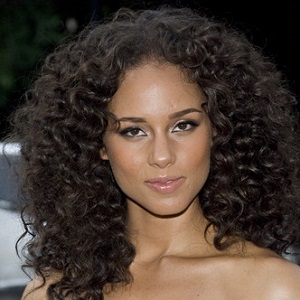 My mom is definitely my rock

If I want to be alone, some place I can write, I can read, I can pray, I can cry, I can do whatever I want - I go to the bathroom

I lived with my mom in a really small apartment. My bedroom was like in the living room. That's why I still love to sleep on couches now.

Who is Alicia Keys?

She is the first singer to receive five Grammy Awards at once after releasing her debut album, Songs in A Minor.

Her hit album Girl on Fire earned her a 15th career Grammy Award in 2014 when it was named Best R&B Album.

She has also won 17 NAACP Image Awards and has sold over 35 million albums and 30 million singles worldwide.

Her birth name is Alicia Augello-Cook. She is the only child of Teresa Augello, a paralegal and part-time actress, and Craig Cook, a flight attendant.

Keys’ father is African-American and her mother is of Italian, Scottish, and Irish descent.

Her parents separated when she was two and she was subsequently raised by her mother during her childhood days in Hell’s Kitchen, Manhattan.

She enrolled at the Professional Performing Arts School at the age of 12.

Alicia graduated from there as valedictorian at the age of 16. She is an American by nationality and is of mixed African-American, Italian-Sicilian, English, Irish, and Scottish ethnicity.

Alicia Keys began writing songs when she was 14 years old.

Her sophomore album, The Diary of Alicia Keys was released in 2003.

She released her second album, The Diary of Alicia Keys in 2003. The album debuted at number one on the Billboard 200 and sold over 618,000 copies in its first week of release.

Since then, she has released numerous singles and albums.

Keys has won 15 Grammy Awards and 17 NAACP Image Awards. She has sold over 35 million albums and 30 million singles worldwide.

She made her film debut in Smokin’ Aces and also appeared in The Nanny Diaries and The Secret Life of Bees.

VH1 included her on their 100 Greatest Artists of All Time.

Keys has been a part of controversies several times for her inappropriate tweets and Instagram picture.

After getting criticism, she deleted her offensive pictures and tweets.

There are no rumors regarding her personal and professional life at the present time.

Alicia Keys has a height of 5 feet 6 inches and weighs 57 kg.

Her hair color is black and her eye color is dark brown. Her body measurement is 34-26-38 inches and wears a bra size of 32 B.