Updated On November 15, 2022 | Published By: Marchas De
Share this
Married 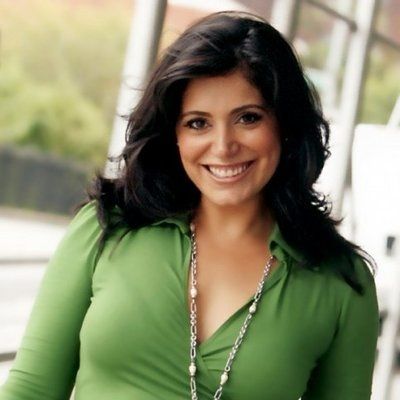 What is the relationship of Alicia Vitarelli?

Alicia Vitarelli married Matthew Pantaleno on 2007 April 29, at Our Lady of Angels Church in Brooklyn. Matthew was Chief Photographer at WNBC.

Her husband is a former photo-journalist at Time Warner and former chief photographer at News 12 in New Jersey. He is now the executive director of Staten Island Community Television and Professor of Communications at St. John’s University.

Alicia and Matthew have a daughter Priscilla Isabelle, born 2014 January 24. Despite her work-schedule, Alicia finds time for workouts and sports which also includes cheering Wildcats.

Who is Alicia Vitarelli?

Alicia Vitarelli is the Anchorperson and Reporter at 6ABC Action News, in Philadelphia.

A Scorpio, she is a-walking’, talkin’ keepin’ it real lover of life and one hot baby-mama of Priscilla Isabella, her daughter. This is her hashtag #priscillaisabelle

She anchored Buck Wild, a weekly bargain-hunting segment that aired on Wednesdays and reported news for Time Warner.

Currently, she is a co-presenter on Action News at 4 at 6ABC. She is known to make viewers a part of the conversation and storytelling.

Alicia is 42 years old. She was born in 1978, January 1 in New York City to parents Elizabeth Ann Vitarelli and Albert J. Vitarelli.

Her step-mother is Sharon Vitarelli. Her mother is Director of Nursing at Abbey Delray, Florida and her father Albert recently retired as President of Ford in Manhattan.

As a child, Vitarelli spent days writing journals and short stories and performing in musicals. Her favorite stories are the 100th  and over 100-birthday kind-a-stories.

As a high-school student, she wrote for the Teenage Section of her local newspaper, The Staten Island Advance. So much in love was she with newspaper reporting that Vitarelli did her Bachelor’s Degree in Communication and Spanish and Theatre from Villanova University.

She did her Master’s in Broadcast Journalism from Medill School of Journalism at Northwestern University after which she started her career.

Alicia Vitarelli started her career in 2000 as an anchorperson and reporter. She worked for NY1 News in Manhattan for six years. In New Jersey, Alicia was the newscaster for News 12 for more than 2 years.

There she was the host of her own production “Buck Wild” a daily bargain-hunting program and “Best Kept Secrets of New Jersey”, which discovered secret recipes and food across the Garden State.

She also co-hosted on the radio for New Jersey 101.5 in the Dennis and Michele Show. Here she and Dennis Malloy conjured food magic in the cooking show “A Roma Aroma”.

She joined 6ABC Action News WPVI in Philadelphia in October 2010 as an anchor/reporter and was nominated for an Emmy. She is still working as co-presenter on Action News and also hosts the weekly family-food section.

During her spare time, Alicia enjoys traveling the world, exploring, cooking, dining outdoors and spending time with family and yes, five nieces and ballet barre classes! Cheering Wildcats is the thrill of her life especially when she is home in Philadelphia.

She was confined at home for 2 months following her ear-injury, now she is back in Philadelphia with 6ABC Action News WPVI.

At WPVI 6ABC Action News in Philadelphia, she was nominated for the Emmy Anchor/Reporter Award.

The reporters at 6ABC earn around $78,593 which includes bonuses and incentives. Alicia’s salary as a reporter and host is approximate $78,593-$166,691 yearly and her net worth is under review.

After rumors regarding her two-month absence, Alicia is back at 6ABC and shared details about her ear-infection. In hindsight, she says ‘I wish I had slowed down and listened to my body’.

Slow down she does not!  She still hates lounging, never gets sick, multitasks like there’s no tomorrow, and shoots problems down quick with that sunny disposition.

Alicia Vitarelli finds time to stay in shape as the curvy beauty she is with average body-size. She is 5 ft 7 inches tall and her weight is 121 lbs. Furthermore, she has raven black hair and chestnut-brown eyes.

Vitarelli is very active on social media and often shares her family pictures. Similarly, on Facebook she has 73k likes, Twitter 34k likes and her Instagram has 30.6k likes.

These are other celebrities you may like to read about De La Ghetto, Artem Chigvintsev, and Julian Draxler.