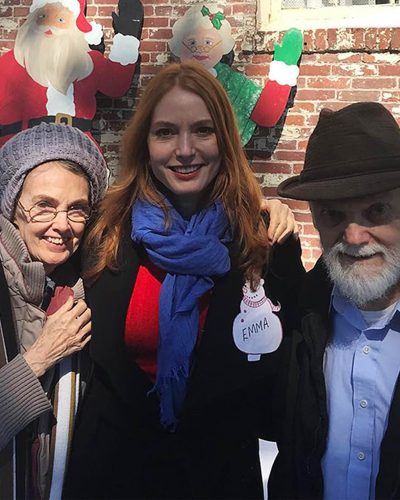 Alicia Witt is heartbroken from the mysterious death of her parents in their Massachusetts home. On 20th December 2021, the lifeless bodies of Robert Witt and Diane Witt were discovered at the Worcester residence. Alicia had asked her cousin who lived close to her parents to check on them. She had not heard from them for several days.

Her cousin asked police for assistance in checking her parents who were found dead. Her father Robert was 87 years old while her mother Diane was 75. There were no signs of trauma so the obvious cause of their death was not found.

Her parents were complaining about having a furnace problem and were using a space heater. The fire department visited the home to check the quality of the air but they did not find any evidence of carbon monoxide or other dangerous gases. Alicia has shared a statement,

“Sadly, the outcome was unimaginable. I ask for some privacy at this time to grieve and to wrap my head around this turn of events, and this surreal loss.”

Also read Who are the killers of Christy Giles? Giles’ husband on her death

Which are your favorite movies and TV shows of Alicia?

Alicia Witt has worked in multiple movies and TV shows. Some of her popular TV shows are Orange Is the New Black, Christmas on Honeysuckle Lane, The Exorcist, Twin Peaks, Nashville, Justified, Friday Night Lights, Cybill, and more.

Her film work includes Alice, I Care a Lot, The Bronx Bull, A Madea Christmas, I Do, Beading the Rules, Joint Body, and more.

Also read Lost the count of the movies and TV shows Kimberly Brooks have acted and has provided her voice with?

Alicia Witt is an American model, actress, singer-songwriter, and pianist.

Likewise, she is a hard-working person and has made a recognizable position in the American entertainment industry. Read more bio…

Dua Lipa and Anwar Hadid breaking up due to their busy schedule!
Tags : Actress Model