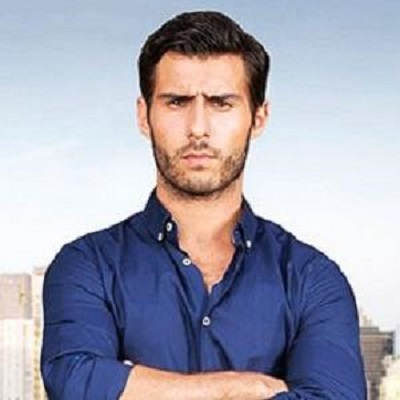 Alik Alfus is currently in a relationship. He confirmed romance with Love Island star Tina Stinnes. Hope, they will soon tie their knot.

Previously, he dated Louise Thompson while he was working on the series ‘Made in Chelsea’. They struggled a lot for their ling distance relationship but, their relationship was not so true as he thought of.

He brought a £40,000 engagement ring but he found that his girlfriend was on a date with her personal trainer Ryan Libbey. After he found that, the relationship ended in 2016. Also, he feuds with Louise ahead of his appearance on the series of Celebs Go Dating.

Who is Alik Alfus?

Alik Alfus is an American entrepreneur who has his own textile company called Libra Leather. Also, he is famous for being in a long-time relationship with Made in Chelsea’s Louise Thompson.

He was born on November 25, 1988, in New York, USA. His birth sign is Sagittarius. He was born to mother Therese Poulsen and father Mitch Alfus. Also, he has two sisters named Mila Alfus and Sofi Alfus.

Alfus holds American citizenship but his ethnicity is unknown.

For his education, he attended Riverdale Country School and then attendee Rollins College in Florida.

He appeared in the American series called Made in Chelsea which started airing on August 10, 2014. He made his appearance in the series alongside Billie Carroll and Jules Hamilton. The series included the love life between Alik and Louise.

Also, he got pictured getting close to another MIC cast-mate in the form of blogger Mimi Bouchard in December 2017.

Furthermore, Alik is an entrepreneur who has his own textile industry called Libra Leather with his sister and father. He is the vice president of the company.

Alik has black hair and brown eyes but his exact height, weight, shoe size, dress size, etc. are not available.