Best known for appearing in various roles in the American television show All That from 1994 to 1999. 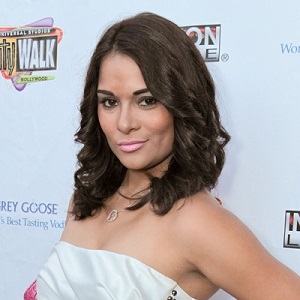 Alisa Reyes is a married woman. She is married to Nathan Thorpe. There is no information on her marriage date and details.

She doesn’t have a long list of boyfriends. She was in a relationship with the famous American singer-songwriter Nick Carter in her past. She began dating Nick in 2003. The couple was in a happy relationship for four years. After four years of their affair, the couple broke up in 2007.

Who is Alisa Reyes?

Alisa Reyes is an American actress and model. She is best known for appearing in various roles in the American television show All That from 1994 to 1999. She is also famous for playing the character Marci Blake in the series One World (1998-2001). Reyes won the 2000 YoungStar Award Best Young Actress/Performance in a Saturday Morning TV Series for her performance in One World.

She usually doesn’t talk about her private life in media and public. Alisa prefers people focusing on her work rather than her personal life. Her nationality is American and she is of Dominican, Irish, Italian, and Indigenous Caribbean ethnicity. She attended Professional Performing Arts School, where she focused on musical theater.

Reyes began her career as an actress in the entertainment industry in the early 1990s. She started modeling at the age of eight.  In 1992, she appeared in Mariah Carey’s music video Make It Happen. In 1994, she became one of the original cast members of the Nickelodeon sketch comedy show All That. She appeared in various characters in the series until 1999. After All That, Reyes was then cast in the NBC Saturday morning sitcom One World. She appeared in the sitcom from 1998 to 2001. She has also made guest appearances on HBO’s Six Feet Under, Lifetime’s Strong Medicine, PBS’ The American Family, NYPD Blue, and Boston Public.

In 2000, Alisa won YoungStar Award Best Young Actress/Performance in a Saturday Morning TV Series for One World. Previously, she was nominated for “YoungStar Award Best Performance by a Young Actress in a Saturday Morning TV Program” for the same series in 1999. She also provided the voice of LaCienega Boulevardez in the Disney Channel animated series The Proud Family from 2001 to 2005. She also worked as a DJ for Playboy Radio on Sirius Satellite Radio and XM Satellite Radio and as a host for PlayboyU online and on-airshows. Her net worth is $1.5 million as of 2022.