Alison Jane Moyet is one of the most successful singers of all time in the UK selling over 23 million albums and more than a million singles. 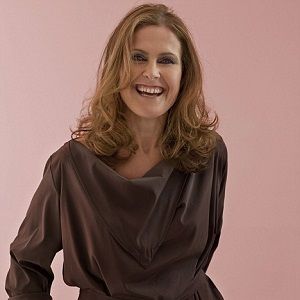 My idea of hell is a girlfriend ringing up and saying, "let's go shopping and have cocktails". I'd rather play cards

My big chip is that I never had an education. I wanted my children to get one so they didn't fall into the same trap as me. And my kids are sluts too. I'm really quite proud of that

I don't dwell in the past. I've been through it. I'm not a saddo. I used to be but I've grown out of it.

Alison Moyet’s marital life has been full of ups and downs. Initially, She married Malcolm Lee and also gave birth to a son named Joe Lee in 1985. However, they separated as she has an affair with Kim McCarthy at that time. With Kim, they welcomed a son Alex in 1987.

But they couldn’t carry their relationship long as they also broke up. Later, Alison tied the knot with David Ballard as her second marriage on 26 April 1997.

In 1996, she gave birth to a baby girl named Caitlin. Currently, there aren’t any rumors of their separation and dispute.

Who is Alison Jane Moyet?

Alison Jane Moyet is a singer, songwriter, and performer from the United Kingdom. She is one of the most successful singers of all time in the UK selling over 23 million albums and more than a million singles.

She got huge recognition after signing with the synthpop band Yazoo. Furthermore, she was also nominated for the Best Rock Vocal Performance, Female in 1992 for the chartbuster single It Won’t Be Long.

Her most popular songs consist of All Cried Out, Don’t Go, Only More, and much more.

She was born on 18 June 1961, in Billericay, Essex, England. Her father, Michel is French, and her mother, Doris is British. So her ethnicity is Mixed (French-English).

From the beginning of her childhood, she was totally interested in music. Talking about her education, Alison joined Markhams Chase Junior School and later attended Nicholas Comprehensive for secondary education.

As she completed school, Alison started to learn a piano lesson. She worked as a shop assistant and also joined a cosmetic company, Yardley.

In addition, she also engaged in a couple of punk rock and blues bands.

Alison Jane Moyet began her music career with synth-pop band Yazoo alongside Vince Clarke, which also produced some of the hit songs such as Don’t Go, Situation, Only You, and Nobody’s Diary.

But only after one year, Alison confirmed the break up of the band. After that, she started to release her solo and Vince Clarke formed another band with Eric Radcliffe. Alison introduced her first album named Alf in 1984 as it became the No. 1 in Britain. From the album, several hit songs were released such as Love Resurrection and All Cried Out which was UK No. 10 and No. 8 respectively.

In 1991, Alison launched another album “Hoodoo”. Alison got a nomination for Grammy for the single It Won’t Be Long which was the hit song from the album Hoodoo. In 1994, she released a new album named Essex with the label, Sony.

The song from this album also ranked No.1 in the UK charts. On 22 October 2007, Alison’s new album The Turn debuted at No. 21 on the UK Albums Charts.

As she launched a new album ‘The Minutes’  on 6 May 2013, it became number 5 on the UK Albums Chart. Furthermore, Alison also released a live album Minutes and Seconds – Live on 10 November 2014.

As a popular singer, Alison has earned huge recognition and also became one of the most selling artists in the UK. The song ‘It Won’t Be Long’ was nominated for the Grammy award. In addition, her many songs had reached its peak and also ranked in the top music charts as well.

This actress and singer’s net worth is estimated at around $18 million. This amount is collected from her chartbuster songs and various royalties.

Talking about the rumors and controversy of this famous singer, there are no desperate rumors regarding her personal and professional life.

It seems she is carrying her profession decently that she has never been the headline for the controversy. So far, Alison has not been in any controversy yet.

Alison Jane Moyet has a height of 5 ft 10 inches and her weight is average. She has attractive hazel blue eyes and her hair color is blonde.

Alison is also quite active on social media.