Updated On January 29, 2023 | Published By: Sonia Jimee
Share this
Divorce 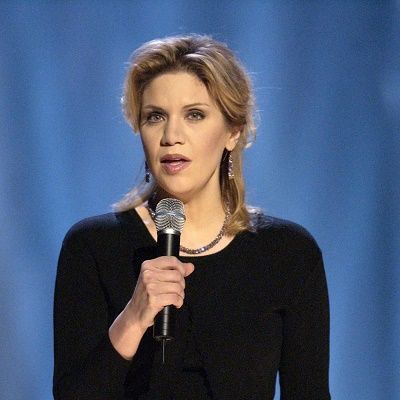 That's what I love. Not being interrupted, sitting in a car by myself and listening to music in the rain. There are so many great songs yet to sing

Being in the studio is a really romantic time

I never had any big dreams about doing something on a huge scale.

10 Years of marriage ended with Divorced!!

The couple divorced due to irrecoverable differences. They have a son (Sam Bergeson) together.

Alison dating her boyfriend John Waite presently. John is an English musician. They started to see each other in 2007.

Who is Alison Krauss?

Alison was a child prodigy and thus joined the music scene at quite a young age.

She was winning local competitions when she was just 10 and recorded her first song at the age of fourteen.

She found her mainstream popularity with her compilation, “Now That I’ve Found You“.

She has a brother, Viktor Krauss who is a musician as well.

She started learning classical violin at the age of 5 but later changed to bluegrass. Krauss says that her mom got her involved in music.

She was a music prodigy as from the age of 8 she was going into local fiddle competitions and music shows.

Krauss holds American citizenship and was born and raised in the U.S.A. Her ancestry is German and Italian.

Alison’s career started very early as she signed with one of the most reputable folk music labels Rounder Records only at the age of 14.

Krauss formed a band called “union station” with Pennell at the age of 12.

In 1990, she released “I’ve Got That Old Feeling” which was the first song by Krauss to rise on Billboard charts.

She also collaborated with the Cox Family in 1994 on a bluegrass album called I Know Who Holds Tomorrow.

Further, she collaborated with Crosby, Stills, and Nash to contribute “Teach Your Children” to the AIDS benefit album Red Hot + Country produced by the Red Hot Organization.

She released “Now That I’ve Found You: A Collection”, in 1995, which is a compilation of older releases and some covers of her favorite works by other artists.

The album peaked in the top fifteen on the all-genre Billboard 200 chart and is Krauss’ first double-platinum album.

Alison worked with Brad Paisley, in 2003,  for his album Mud on the Tire. They performed a duet with the single “Whiskey Lullaby”.

Krauss and Robert Plant released a collaborative album in 2007, “Raising Sand”. The album got RIAA-certified platinum.

Again in October 2007, Krauss and Plant recorded a Crossroads special for the Country Music Television network, which first aired on February 12, 2008.

Krauss is still active and is making television visits along with going around tours. She released her latest solo album in 2017 called “Windy City,”

Krauss shocked the whole music industry in 1990 when she walked away with the Grammys at the age of 19.

She has 20 Grammys in total. The Recording Academy (which presents the Grammy Awards) honored her with a special musical achievement honor in 2005.

The Berklee College of Music awarded an Honorary Doctorate of Music to Alison Krauss in May 2012.

Her hometown of Champaign, Illinois designated the 400 blocks of West Hill Street as “Honorary Alison Krauss Way” in March of 2015.

This successful country singer has a net worth of $16 million as of 2022.

She has had a successful career as a country singer-songwriter thus she has earned a fortune.

In 2001, Alison reported that she and her then-husband Pat Bergeson were splitting up.

The news was true as they divorced in the same year.

Krauss possesses Saprano’s voice which is the reason she gets called angelic voice however in 2013, she was diagnosed with a condition called dysphonia.

She canceled several performances with her bluegrass band Union Station.

She reported her frustration of not being able to sing and having severe pain in the neck.

Also, get to know more about the birth facts, weight, net worth, rumors, age, and social media of different personalities like Lorrie Morgan, Travis Tritt, and Amy Grant.

What has happened to Alison Krauss?

What band was Alison Krauss in?