Renowned as the correspondent of MTV's News.

Alison Stewart is a married woman. Her husband, Bill Wolff is a TV executive. 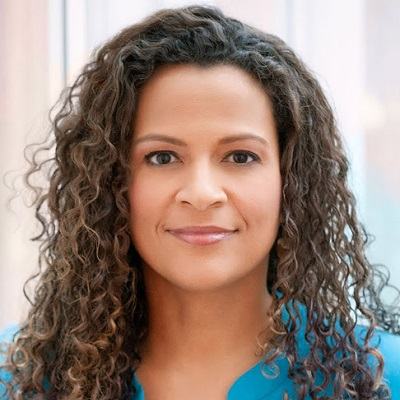 Who is Alison Stewart?

American Alison Stewart is a Peabody Award-winning journalist, author, and host. She is renowned as the correspondent of MTV’s News.

Currently, she is serving as the host of the WNYC Radio’s show, All Of It With Alison Stewart.

Alison Stewart was born on 4th July 1966 in Glen Ridge, New Jersey, United States. She is of Scottish ethnicity.

Her father, Joseph T. Stewart Jr. happens to be vice president of Squibb Corporation. Whereas her mother, Carol Stewart was a Columbia High School professor. In High School, she used to teach Biology.

Talking about her education, she graduated from Brown University in Rhode with Honors in English and American Literature. In 2013, Bloomfield College awarded her Doctorate degree at the Fine Arts.

During the University days, she started her broadcasting career. At that time, she used to be a music director of the School’s radio station, WBRU.

Alison Stewart started her professional career along with MTV NEWS as assistants and floor producer. At the time, he reported and produced the Choose or Lose Campaign to cover the 1992 presidential race.

For that, she was awarded the Peabody Award. For the channel, she covered the shows including Megadose, and MTV News: Unfiltered.

After that, in December 1996, she joined the CBS Corporation as a news correspondent. For the network, she became part of news programs like CBS News Sunday Morning, 48 Hours, and Public Eye with Bryant Gumbel.

In February 2000, she became an anchor of the ABC News. For ABC, she co-anchored the news show, World News Now along with Anderson Cooper.

After two years, she became reporter and anchor of NBC News. At the time, she used to a daytime anchor and substitute host for Countdown with Keith Olbermann and The Rachel Maddow Show.

Moving forward, she joined the National Public Radio. For the radio show, she became a part of the host Bryant Park, The TED Radio, and Talk of the Nation.

Also, she anchored the show, Need to Know for the Public Broadcasting Service.

Later, in 2012, he became the Contributing Correspondent and Anchor of PBC Newshour. Currently, she happens to be a contributing editor to the magazine, The Atlantic.

Apart from that, she is also an author. In 2013, she launched her first book, First Class: The Legacy of Dunbar, America’s First Black Public High School. Following that, she published her second book, Junk: Digging Through America’s Love Affair with Stuff in 2016.

Apart from that, she also earns through the royalties of her books. Also, she earns as a contributing editor too.

Alison Stewart has brown eyes with brunette hair. She has a decent height and an average weight.

However, details on her body stats are not available.

To date, she has not been part of any sort of controversy and scandals that created a buzz in the media. Besides that, she has managed to maintain distance from any type of rumors.

You may also read the bio of Adam Fleming, Jonathan Safran Foer, and Emmanuelle Seigner.

Know about child model and actress Brooke Nicole Morris relations with her mother! And her career!