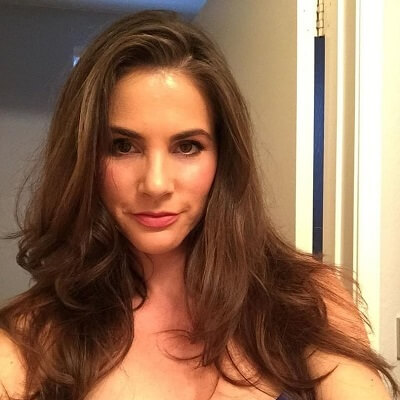 ''Everyone gets into the magazine in their own unique way. Some girls may have posed for a college girls' special edition, and then Hef saw them and said, “Let’s make them a playmate.” Some girls just submitted their pictures online. There are referrals. Some of my friends have found Playmates at the club and said, “You should be in Playboy!” There’s a finder’s fee'', ''[Laughs.] I’m educated. That’s the thing about Playboy. There’s a lot of girls that are college-educated, but there are also some girls that are 18. There are also mothers. Everyone’s got their own story'', ''I’m very, very close with my family. They’re in San Diego, so it’s only like an hour and a half away. I try to see my family at least once a week, even if it’s just to take my grandma out to lunch or my sister to a movie or something.''

Their family resides in Los Angeles, US.

Who is Alison Waite?

Alison was featured as ‘Playmate of the month’ on the cover of the Playboy issued in May 2006. She was also one of the four finalists for the 2007 Playmate of the Year.

Currently, she works as a host for TCL,(an American TV brand) on its press conferences, especially in America and Europe.

Further, she is co-founder of the online food website, Order For Me.

Alison Waite was born as Alison Michelle Waite on November 10, 1981, in Los Altos, California, USA to Anglo-Saxon ancestry. The brunette beauty has gracefully aged at the age of 38.

Then she majored in Science and Gerontology at San Diego State University, San Diego, California, the USA, and graduated in 2015.

While Waite was still an undergraduate, a girlfriend of hers got invited to the Playboy Mansion, and she didn’t want to go by herself. So, Alison also submitted a picture to go with her. And, it was at the Midsummer’s Night Party at Hugh Hefner’s mansion, where she was first noticed by “Playboy” magazine.

Soon, Waite became the Playmate of the Month in the May 2006 issue of “Playboy.” She also graced the cover of that same issue.

She has appeared as herself on the reality TV series, The Girls Next Door, Deal or No Deal, Spread TV, Holly’s World, and Kendra.
In January 2009, she also appeared on the poker television show “ClubWPT.com”, which is associated with the World Poker Tour (WPT).
In 2011, she appeared as a guest star in  New York radio show Boomer & Carton, hosted by Boomer Esiason and Craig Carton.

Waite as a Host

Waite recently works for an American TV brand TCL. She hosts the press conferences of the company in different parts of America and Europe.

The most recent press conference she hosted was before COVID- 19 breakout at Las Vegas, Nevada for CSE Press Day Event.

Furthermore, she is also the co-founder of the browser restaurant app, Order For Me, which recently has a partner shipped with LA Regional Food Bank along with eight cuisine restaurants.

The 38 years old brunette beauty has a net worth of around $1.9 million.

Her annual salary is about $55,000 which she mostly earns from her hosting profession.

The former model has brown eyes with brunette hair. She is 5 feet and 6 inches tall and weighs around 117 lbs. Her bust, waist, and hip size is 34C, 24, 34 inches respectively.

You may also know about body measurements, earnings, and professional career of Stacy Sanches, Alyssa Arce, and Petra Verkaik.