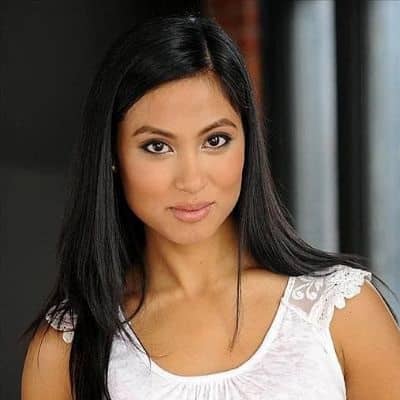 Alisson Amigo has never talked about anything regarding her love life.

And so her relationship status is also unknown. She might single now or hasn’t disclosed her partner in the media.

Who is Alisson Amigo?

The exact birth date of the actress is unknown. The actress seems to be in her 30s.

Likely the name of her father and mother is also not available. Alisson’s ancestry is of English and Ireland.

Similarly, she also has not shared anything regarding her childhood.

She has her schooling from her hometown. She graduated from The University of Winnipeg.

Alisson has established her career as an actress and has worked for many movies. The actress is also represented by The Characters Agency.

She debuted into acting in the 2010 Canadian comedy film Foodland. And then she has performed in various Tv projects and movies. Alisson is best known for appearing in Just in Time for Christmas in the year 2015. And then she appeared in the movie, The Predator in 2018. Alisson is also popular for her works on the romantic Tv movie Love, Take Two just in 2019.

Furthermore, she is also a Marketing and Communications Advisor at Various, Inc. It is also known as FriendFinder Networks. It is an international leader in social media which was founded in 1996 by Andrew Conru.

The actress must have good earning from her acting career. Although her net worth is not revealed.

Alisson has maintained a low profile life and her news has never appeared in media in any type of rumors and controversies.

The actress has a height of 5 feet and 8 inches. Talking about his appearance, she has dark brown colored hair and eyes.

You may also read the bio of Stunna 4, Erin Hasan McIntyre, Mary Mouser, and Natalia Cigliuti.