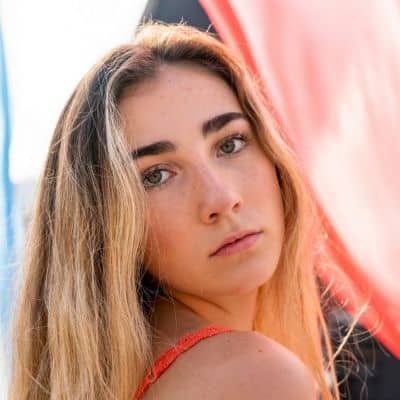 Is Allegra Miles Single or Dating?

According to the source, Allegra Miles is currently single and is not dating anyone.

But, there is a rumor that Michael Williams is her boyfriend though, the duo has not officially confirmed it. There is no further info revealing about her past as well as present relationships.

Who is Allegra Miles?

She is also a reality show personality who rose to prominence after competing in ‘The Voice Season 18’ and ‘American Idol Season 20.’

Allegra Miles was born in San Diego, California, the United States on January 14, 2003. Miles is 19 years old as of 2022 and holds an American nationality.

Her ethnicity is Caucasian and According to the astrological chart, Capricorn is her birth zodiac sign.

She is the daughter of Raf Muilenburg and Thia Muilenburg. Talking about the profession of her parents, her father is a guitarist while her mother is a singer and songwriter.

Missy Muilenburg her elder sister, is the first child of her parents while she is the younger one. Her sister is pursuing her education in one of the reputed universities.

According to the sources, it is known that she complete her basic level education at St John School of the Arts. But, the further details of her educational life are not disclosed yet.

Allegra Miles was inclined towards music since her childhood. At the age of 4, she learned piano from her parents. Later, she began to upload her cover songs on youtube too.

Similarly, For two years she went to Maltz Jupiter Theater Goldner Conservatory of Performing Arts in Jupiter for training.

Subsequently, she began to perform on various platforms and production houses including Mamma Mia!, Beauty and the Beast, Me and My Girl, 42nd Street, Guys and Dolls, Sister Acts, Cats, and so on.

Her self-written, produced, and directed short music, ‘Ten Year Without You’ was released.

Moreover, there is an official Facebook page under her name, which has more than 4.6 K followers. She has a self-titled Youtube channel, where she uploads her short as well as official music videos. It has about 16.5 K subscribers.

Likewise, she is also active on Tiktok having over 4.1 K followers with 31.2 K likes.

Appearance in ‘The Voice Season 18’

In 2020, Allegra Miles appeared as a contestant in the American famous music reality show, ‘The Voice’ Season 8.

On 2 March 2020, she performed her own version of ‘Use Somebody’ by Kings and Leon on the blind audition.

Her auditing performance got a chair turn from both Kelly Clarkson and Nick Jonas. She was in the team Nick became one of the top finalists unable to win the show.

However, the show gained Miles a lot of fame and recognition among the fans.

She performed her own original song entitled, ‘Tainted’ and was able to impress the judges with her performance. After then she got selected for the competition.

According to the sources, Allegra Miles was announced to be in the to 24 on April 4, 2022.

The show is still going on and there is a chance that Miles could steal the win with her unique and beautifully singing skills.

What is Allegra Miles’s net worth?

Allegra Miles is an emerging star who has an estimated net worth is 1 million USD as of 2022. Besides that, the yearly income of Mile is still under review.

Being a rising star, Allegra Miles has not been involved in any rumors and controversies up to as she is able to maintain a clean profile.

The further news of her rumors and controversies will be updated if she got into it.

How tall is Allegra Miles?

Allegra Miles has a well-maintained body standing at the height of 5 feet 7 inches. She weighs around 56 Kg.

In addition, her body measurements are 32-25-34 which indicates, that her bust size is 32 inches, waist size is 25 inches and hip size is 34 inches.

Coming towards her physical appearance, she has beautiful fair skin with a couple of grey hazel eyes. Her hair is blonde in color and she does not have any tattoos on her body yet. 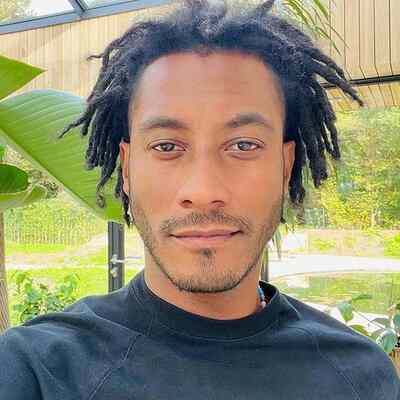