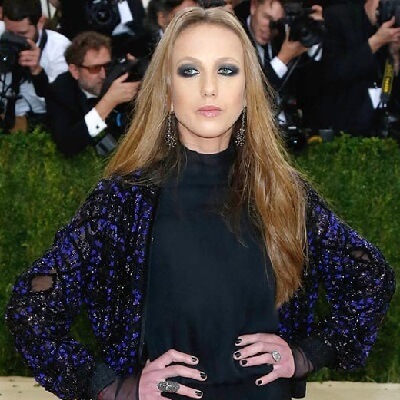 Allegra Versace is single. There are no records of her previous relationships. She is extremely private and is not active on social media sites, either. She also manages to escape Papparazzis and when spotted, she is alone or with her family members.

Who is Allegra Versace?

Allegra Versace was born as Allegra Versace Beck on 30 June 1986, in Milan, Italy. As of 2020, her age is 33. She was born to parents, Donatella Versace, and Paul Beck. She has one younger brother named Daniel. Allegra spent her childhood days with her brother just outside Milan. She has three cousins, Antonio Versace, Francesca Versace, and Ramona Versace. During her childhood days, she was interested in modeling.

She had a lavish lifestyle even as a child. Sir Elton John gifted her a piano when she was a child which she never even learned to play. During her childhood days, she took ballet classes for nine years for which she credits her uncle Gianni. She was very close to her uncle. However, the death of her uncle had taken a huge toll on her. Her mother had to find a counselor to help her. During her teenage, she suffered from anorexia, an eating disorder due to which she is unable to gain weight.

Her ethnicity is Southern Italian.

Talking about her education, Versace went to The British School of Milan. Following that, she went abroad for her studies and joined Brown University in Rhode Island. After that, in 2006, she joined UCLA and studied French, art history, and theatre.

What is the Net Worth of Allegra Versace?

Allegra Versace has an estimated net worth of around $900 million. She became worth such astronomical figures at the age of 18 when she received 50% of the ownership of Gianni Versace S.p.A. after the death of her uncle. However, there is no information about her annual salary.

Allegra acquired  50% ownership of Gianni Versace S.p.A. when she was 18. There were disagreements between her uncle and her mother. Her uncle, Santo owned 30% of the fashion empire worth more than $2 billion while her mother acquired 20%. However, she did not join the business at the age of 18. She wanted to study and do other things before getting involved in Versace.

She was also interested in acting. She also has played minor roles in independent films. Several of her films were not released but this actually made her happy as she did not want to appear in front of the camera. According to reports, she freaks out if she sees herself in pictures. In 2014, she featured in ‘Dior and I’. She also worked as the acting director of Versace. Furthermore, she has also worked in New York City as a Theatrical dresser.

Allegra has always been able to stay under the radar. She is not fond of being in front of the camera and has always stayed away from rumors. Also, she has not been a part of controversies.

She stands at a height of around 5 feet 2 inches. Also, she weighs around 55 kg. She has green eyes and brown hair. Moreover, her dress size and shoe size are 4 and 8 respectively. However, she has not revealed her body measurements for breasts, waist, and hips.

You may also like to read the Bio, Career, Body Measurements, Net Worth, Social Media, and more about Donatella Versace, Sigrid Agren, Marc Jacobs, and more.

Donatella Versace And Her Daughter Allegra Stood Up For A Good Cause; Donated £183,000 To A Hospital On Itlay Who is Struggling Amid Coronavirus Outbreak!