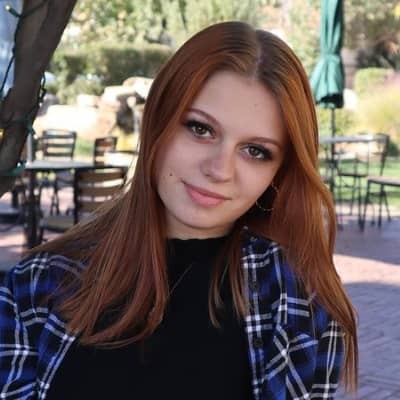 Allie Tannerites, who is only 21 years old, is possibly single. She has never been involved in a romantic relationship. She is currently concentrating on her profession and future education. She has uploaded a video talking about 10 dates however that video is just content for her videos. she has never dated anyone romantically.

Allie Tannerites is a prominent American YouTuber who also has a blogging channel on YouTube. She is also a social media star and a public personality with thousands of followers. She is a member of the Tannerites and Yawi Vlogs family vlogging channels, which have 5.46 million and 1.81 million followers, respectively.

She has her own YouTube channel, Allie the Rose, and she recently released the video Get Ready With Me for Work 7 months ago in 2022.

Allie Tannerites who is Alexia Tanner was born on September 9, 2001, in California, USA. Her zodiac sign is Virgo, and she is 21 years old. She was born in the United States and is of Caucasian heritage. She believes in and practices Christianity.

She was born into the Tannerites family; her mother, Sarah Tanner, and father, Johnny Tanner, are both YouTubers. AZ Tanner, Branson Tanner, Canyon Tanner, Daniell Tanner, Lizzy Tanner, and Savannah Tanner are her siblings. She spent her childhood with her siblings, growing up on social media. Similarly, all of her siblings are on her family’s youtube channel. Her mother was infected with a fatal sickness, but luckily she survived.

She has always enjoyed singing, dancing, and acting since she was a child. She is also a huge gourmet who can’t get enough seafood. She has already graduated from Canyon View Junior High School. However, she has not revealed which college she attends. Despite having graduated from high school, she has not mentioned anything further about her educational history.

Allie Tannerites began her social media journey on her family’s YouTube channel Tannerites. On July 28, 2015, lie’s family channel was created. This channel, called “Tannerites,” includes her, her parents, Johnny and Sarah, as well as her siblings. With almost 200 videos, this channel provides its viewers with a wide range of content, from challenges and trip vlogs to kid-friendly activities and school-related films.

Similarly, the family has a secondary channel called Yawi Vlogs, which they joined on July 15, 2017. The videos on the channel to watch include ‘Boy Cuts Sister’s Hair Off,’ ‘House Full Of Balloons – Happy Birthday AZBURY,’ and ‘First TORNADO IN UTAH.’ The first video has Allie’s brother Az and sister Savannah, with the former cutting the latter’s hair. The other two films are a surprise birthday video and a trip vlog. ’24 Hours In Our Kitchen Overnight’ and ‘Extremely Emotional Gift’ are two recent videos on her family channel. While the first video is a challenge, the second offers poignant comments from Allie’s siblings to her mother.

Her own channel, Allie the Rose, debuted on August 7, 2020, and has 175k subscribers. He uploads her vlogs, games, challenges, and dating blogs to this channel.

Allie Tannerites is a YouTuber and social media celebrity who has never performed in a film or television series, hence she has no honors or nominations. Despite her lack of experience in the entertainment sector, she is earning popularity and recognition through her YouTube channel. She may receive accolades and nominations for her material in the future on her own channel.

Allie Tannerites is active on social media platforms such as Instagram and other media. She has 66.5k followers on Instagram with the username @yawi Allie. She has posted several videos and photographs of herself on social media. She also showed the pictures to her siblings, parents, and close friends. She has also published a number of images relating to her YouTube material. He just tweeted a video of herself wearing a bridal gown from @aw.bridal.

Similarly, she may be found on Facebook under the handle @Tannerities, where she has 23k followers. She also has a TikTok account called @yawiallie, which has 405.1K followers and 6.4M likes. She is also active on YouTube with her channel, Allie the Rose, where she has 175k subscribers. However, she is not present on Twitter.

Allie Tannerites measures 5 feet 7 inches tall and weighs 55 kg. She has a pear body type and a lovely personality. She has also revealed her physical measurements, which are 34 inches in the breast, 24 inches in the waist, and 34 inches in the hips. Her overall body measurements are 32B-24-34. She normally wears 7 UK shoe sizes and has not shared her dress size. She has light brown hair and hazel eyes.

What is Allie Tannerites Net Worth, income 2022?

According to our sources, Allie Tannerites projected net worth in 2022 is $1.5 million. She has been able to sustain herself by earning her own money. Her main source of revenue is her YouTube channel, as well as the endorsements she performs. She has also made a fortune by promoting brands on her Instagram. Despite sharing numerous information about her earnings, she has not disclosed the worth of her assets, such as her homes and vehicles, to the public.