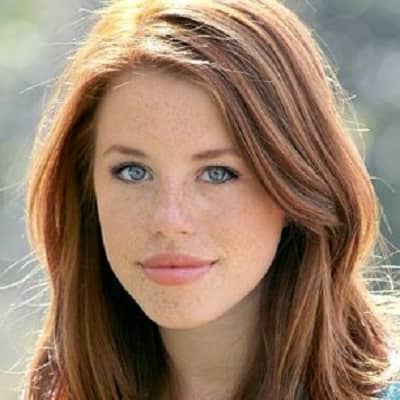 Allie seems to single as now. She prefers not to share her personal matters in the media and so her relationship status is also unknown.

In 2008, she dated an American actor Graham Phillips.

Who is Allie Trimm?

Allie Trimm is an American singer and actress. She is active on Broadway, in regional theater, and on television.

Allie Trimm was born on October 27, 1994, in San Diego, California, United States. Her birth name is Alexandria Trimm. She has English descent.

Her family moved from San Diego to New York. But her father works in San Diego and they are again planning to move back to San Diego sooner. Allie hasn’t disclosed her parent’s names although.

She has a younger brother Jack and a younger sister Avery. Allie started professional theatre in San Diego when she was nine yrs old.

Allie finished her education through homeschooling. She is currently pursuing a degree in psychology from Stanford University and coaching young performers around the world.

Allie made her Broadway debut playing the role of Patrice in Jason Robert Brown’s 13. The show was opened on October 5, 2008, at the Bernard B. Jacobs Theater. Likely a year later she was cast as Kim MacAfee in the first-ever Broadway revival of “Bye Bye Birdie” with John Stamos and Gina Gershon.

The actress had appeared in 13 before in 2008 at Goodspeed Musicals Norma Terris Theatre, Connecticut. She portrays Daisy Buchanan in the Las Vegas production of “BAZ- Star Crossed Love.”

Her Film & TV credits include the Disney Movie PROM, Saints Rest, and others. Before the COVID pandemic, Allie was preparing the role of Little Mermaid for the upcoming Broadway musical Once Upon A One More Time. It features iconic music by Britney Spears.

The actress has earned a good earning from her acting career. Yet her net worth is still under review.

The salary for a performer on Broadway is between $2,034 a week. And so Allie also must have a good salary.

The star has maintained a distance from appearing nay any type of controversial news or in rumors.

Allie has an average height of 5 feet and  6 inches (1.68 m). Similarly, she has dark blonde hair with blue-colored eyes.