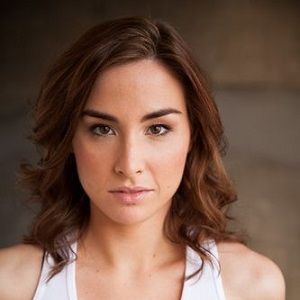 I know, as an overachiever straight-A student in school, I always responded to smart, strong, women represented on screen.

I've been really lucky to play sort of a diverse array of characters over my relatively short career, although it feels really long.

Luckily, the public school system that I was in had a really great drama program, so I plunged into that. It really sort of kept me afloat because I was bored in school.

Allison Glenn Scagliotti is probably of Italian descent. When Allison was two, her parents went in for a legal separation. She is the only child of her parents. Her mother, Lauren Scagliotti has been her biggest support.

Realizing her daughter’s passion for acting, Allison’s mother shifted to Los Angeles with her to advance her acting career. Allison is the first cousin of the singer, songwriter, and guitarist, Kevin Pfeffer and Alex Scagliotti, the National Wakeboard Champion.

Allison Scagliotti stands for female empowerment and justice. She had mentioned that she is against gender inequality. She was rumored to be in a relationship with her co-star Josh Peck, but there has been no confirmation both sides.

Who is Allison Glenn Scagliotti?

Allison Glenn Scagliotti is an American TV, film and theater actress, and musician. She is best known for her character of Mindy Crenshaw in the TV sitcom ‘Drake and Josh’ (2004-2007). Her other notable roles include Claudia Donovan in ‘Warehouse 13’ (2009-2014) and as Camille in ‘Stitchers’ (2015-present). She also does theater performances.

Talking about her early life, she was born on 1990 September 21 in Monterey, California, USA. Born in Monterey, Allison’s family migrated to Mandeville, Louisiana when she was five years old.

As per her education, She studied at Glendale Community School. She used to partake in her school’s drama. At age 11, she met Chamber Stevens, an acting coach at Barns and decided to move to Hollywood. She has been homeschooled since age 11. Later, in between her TV job, she attended New York University.

She likes musicals and registered her name for the Berklee’s online Bachelor of Professional Studies degree with Interdisciplinary musical studies as the major. She can also do ballet dancing.

Allison Glenn Scagliotti had a passion for acting. She was bored of school but the drama classes kept her alive at the public school. In 2003, she shifted her base to Los Angeles with her mother for work. She started with small TV roles.

But she was fortunate to get diverse roles. Her first main role was that of Maddie in the short film ‘Redemption Maddie’ (2005). She started procuring roles of substance in television as well as movies. She also joined a musical band in 2015.

She played a guitarist in the music video ‘Some are girls’. She continues to participate in stage programs. She earns a decent amount per year and has a net worth of $ 3 million.

There have been no known rumors revolving around Allison Scagliotti’s life. She had once posted her picture with her dog on her Instagram account and addressed someone as ‘my man’.

But it was not clear to whom she was addressing as ‘my man’-her dog or some new man in her life. But it is likely that she is single at present and seems to be paying full attention to her career and work. Allison is an energetic and fine actress. Though she has received no nominations or awards, her roles have been greatly appreciated by the audience and she has never faced any rude criticism for her work or private life.

She has not been drawn into any major controversy. She cannot tolerate inequality in any form and since a young age has always advocated equality and justice for all.

Moving towards her body measurements, she has a good height of 5 feet 7 inches (1.7 m). Her body weight is 52kg. She has a banana-shaped body with breast size 33, waist size 24 and hips size 35. Her dress size is 2 and shoe size is 8. She has dark brown hair color and her eyes are also brown.