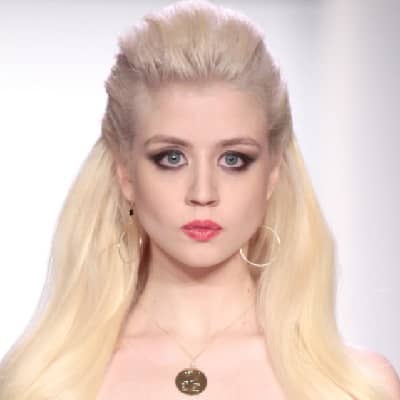 Allison’s relationship status is single as of now.

She has been in a relationship with a comedian, Jeremy Burke. The duo started dating in 2014. They also together featured in March 2015 High Street Magazine.

However, the couple got separated but hasn’t mentioned the reason behind the separation.

Before it, Allison was romantically linked to AJ Calderon. Calderon is a music producer and sound engineer. She has also mentioned their long-distance relationship in the interviews. Although, their relationship could not last long due to some personal issues.

Who is Allison Harvard?

Allison Harvard is an American model, actress, artist, and also an Internet celebrity.

Allison was born on January 8, 1988, in Houston, Texas, USA. Her full name is  Allison Elizabeth Harvard.

Her parents’ names are not revealed. She has a sister named Effy Harvard. There are not many details about her childhood.

Allison holds an American nationality and likely, her ancestry is of English origin.

Allison completed her schooling at Klien High School. She then studied at Louisiana State University in Baton Rouge.

Later Allison was transferred to the University of New Orleans and studied art.

Allison was popular as Creepy Chan and was a popular Internet meme on 4chan in 2005.

Since America’s Next Model, she has modeled for various platforms and featured in most of the popular websites and magazines. As a model, Allison is now signed with NEXT Model Management and Elite Model Management.

Apart from modeling, he has involved in various works which are listed as below:

Allison receives good earning and must have amassed a net worth of around $1 million. Yet, its detail is not available.

The model also earns from her merchandise. She has provided the link in her Instagram account where the different range of clothing is sold.

Allison has maintained a low profile when it some to her personal life and doesn’t appear in any such rumors and controversies.

She wears 9 (us) size shie and similarly, 2(US) size of the dress. Talking about her appearance, she has big blue eyes with Iceblonde colored hair.

Also, get to know the biography of other models like Harry Jowsey, Eric Montanez, Jerry Hall, and Maximilian Osinsk.