Updated On November 13, 2022 | Published By: shahid | In controversy , Divorce , Legal
Share this 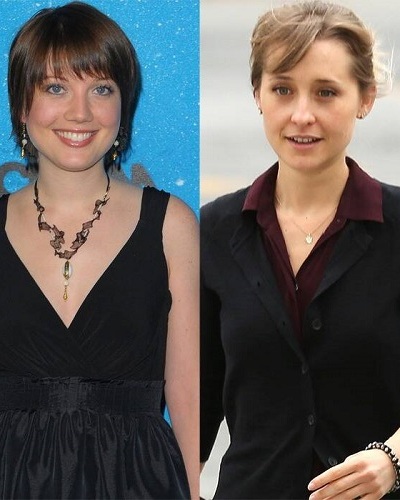 The Smallville alum, Allison Mack, 38 has approached the Orange County Court for the legal dissolution of her marriage to her wife Nicki Clyne. She put in the papers on Friday, 11 December 2020, TMZ has reported.

The lesbian couple wed in the year 2017. They do not yet have any children. But both of them have criminal records. They were part of the sex cult led by Keith Raniere.

He was arrested and the role of Allison was also found in this. She and Nicki were allegedly pimps for the sex racket.

NXIVM was a sex cult that was working under the garb of a self-help organization. The leader of this cult was Keith Raniere, 60. His followers called him Vanguard.

His arrest came in March 2018 and the police charged him with sex trafficking. Soon after, the investigating agency found out that Allison Mack was also linked to this cult. And her arrest came the month after that of Keith.

Allison was his accomplice and had formed the DOS Group of the sex cult. She used to manipulate women and get them branded above the pubic regions with the initials Keith. Allison first denied the charges but in April 2019 she pleaded guilty to them.

“I must take full responsibility for my conduct. I am very sorry for my role in this case. And I am very sorry to my family and to the good people I hurt through my misguided adherence to [NXIVM leader] Keith Raniere’s teachings.”

In October 2020, the Brooklyn Federal Court sentenced Keith to 120 years in prison. Allison’s trial is on and if sentenced could end up with 40 years behind bars.

Nicki and her role in NXIVM

Nicki is a Canadian and she too faced conspiracy and racketeering charges. The wedding of Nicki with Allison was alleged to have been a sham to order to avoid the US Immigration deportation to her country of origin. She was part of her inner circle of Keith and used to supply him with girls for sex.

Before his arrest, the group was going to have a recommitment ceremony. Nicki had accidentally revealed the location of Keith after he fled the US to evade arrest.

She uploaded on her Instagram the pic of a local beach and it became easier for the investigating officers to trace Keith from it. But she did not get charged for co-conspiracy.

In July 2020, she formed a group called We Are As You. This group would do a nightly dance outside the Brooklyn Metropolitan Detention Center and was to cheer up the inmates who did not have visitors due to the COVID-19 pandemic.

She spoke out in defense of Keith in September 2020 on CBS News This Morning.