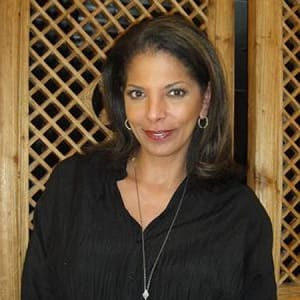 Allison Payne was previously married to Don Riggs. There is no detailed information available about this marriage. There are no records available regarding Allison’s other relationships. At present, she is believed to be single.

Who is Allison Payne?

Allison Payne is an American anchorwoman, journalist, and public speaker. People mostly know her as a longtime anchor and reporter at CW affiliate and cable superstation WGN-TV. Additionally, she also worked as co-anchor of the WGN Midday News.

Payne was born in Richmond, Virginia on February 12, 1964. She was born to parents Dana Payne and Kathryn Payne. At age five, Allison and her parents moved north to Detroit, Michigan from Richmond, Virginia. She is of American nationality. Furthermore, there are no details available about her ethnic background at present.

Talking about her education, Payne attended St. Rita’s Catholic grade school. In addition, she is a graduate of Renaissance High School in Detroit. Furthermore, she holds a B.A. in Liberal Arts from the University of Detroit Mercy. Eventually, she attended Bowling Green State University in Ohio. She has a master’s degree in radio/TV/film.

Payne initially began in television news as an intern at NBC affiliate WNWO. She was later promoted to the main anchor of the station’s late evening newscast after nine months. Additionally, she later moved to NBC affiliate WNEM-TV and worked as the co-anchor of the 6 and 11 p.m. newscasts. As a global journalist, Allison has traveled to trace Barack Obama’s roots to Kenya and also to the Middle East.

Payne traveled to the Middle East with the Reverend Jesse Jackson in 2006 to report on tensions between Lebanon, Israel, and Syria. Moreover, she left WGN-TV in September 2011 and she discussed returning to the BGSU to teach in the school’s esteemed Radio-TV-Film Department in February 2017.

Payne has not revealed her current salary. Furthermore, there are no details available about her estimated net worth at present.

Payne became part of several controversies due to her Alcohol addiction. Additionally, her departure from WGN was also questioned by many. Payne has revealed that she previously suffered from depression. At present, there are no rumors concerning Allison and her career.

Talking about her body measurement, there are no details available about Payne’s height and weight. Her hair color is dark brown and her eye color is black.