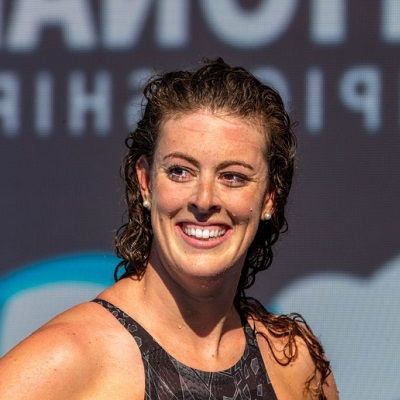 what I should be feeling and that they wish they could be me. They saw the materialistic things

they saw the medals, but I wasn't feeling that.

What is the relationship of Allison Schmitt?

Who is Allison Schmitt?

Allison Schmitt is an American swimmer and has participated in international-level swimming competitions.

She has specialized in freestyle swimming styles and has won many gold medals.

Allison Schmitt was born on 7 June 1990 as Allison Rodgers Schmitt. Her birthplace is Pittsburgh, Pennsylvania, US. Her father’s name is Ralph and her mother’s name is Gail.

Similarly, her sister’s name is Kristen who holds a Law degree and her brother Derek is a coach at Plymouth-Canton Cruisers swim team.

Allison also has twin sisters, Kari and Sara who plays in the USA Hockey national championship in 2008 and 2009. She has Caucasian ancestry.

Allison finished her schooling at Canton Charter Academy in the US. Then she attended the Canton High School in Canton Township, Michigan. She has majored in psychology and minored in childhood and family development.

Allison competed in competitions while in college. There she won several championships four times NCAA national champion in 2009, 2010, and 2011.

Allison Schmitt also took part in several international levels. She first competed in the 2008 summer Olympics games and won a bronze medal in the 4×200-meter freestyle relay. She also participated in 200m freestyle but finished in the ninth position.

Then she also participated in the 2012 Summer Olympics and won five medals: three gold, one silver, and one bronze.

Schmitt also competed in the 2016 Summer Olympics, she earned her fourth gold medal, and eight Olympic medals, by swimming in the finals of the 4×200 meter freestyle relay.

Allison has participated in the 2009 and 2011 World Aquatics Championship. In 2000m freestyle, she won a silver medal and came in the sixth position respectively.

Is Allison Schmitt invovled in any rumors and controversies?

In Dec 2012, Allison was seen on a helicopter ride in Melbourne with Grant Hackett. Grant is an Australian swimmer. This started rumors of them being in a relationship.

But in 2017, Allison closed these rumors by saying that they are just good friends.

She has a net worth of around $2 million US. She also endorses the Addidas brand.

What are the body stats of Allison Schmitt?

Talking about the body features Allison, has dark brown eyes and hair. Her height is 6 ft 1 inch and her weight is 75 kg.