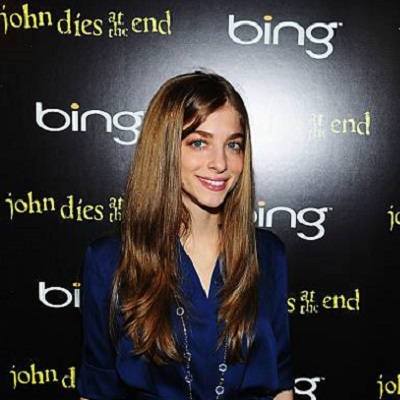 What is the relationship of Allison Weissman?

Allison Weissman’s relationship status is probably single. There are no previous records of her dating.

Besides this, she has also kept her personal life a mystery in front of the media and world.

Who is Allison Weissman?

Allison Weissman is an American actress. Weissman is renowned as Hannah of Walk of Fame and Becca of Sex Drive.

– In 2005, Allison started her as an actress with the movie, Hitters Anonymous as Lucy. In the following year, she was cast as Samantha in the movie, Pledge This! however, her role in both movies was uncredited.

– In 2008, she appeared the movie, Sex Drive as Becca which turned out to be a major success in her acting career. the Comedy Romance movie is based on the life of High School senior, Ian who was plagued by being a virgin. However, she took a break from her acting career for two years.

– In 2012, she was cast in the Horror-Comedy, John Dies at the End as Shelly. The movie received Golden Trailer Awards and Audience Award at Philadelphia Film Festival. In the same year, she featured in Fun Size in the minor role of Mackenzie.

– Last, in 2017, she characterized the role of Hannah in the movie, Walk of Fame. Jesse Thomas directed comedy movie was based on the story of Drew who got admitted to Star Academy of Hollywood.