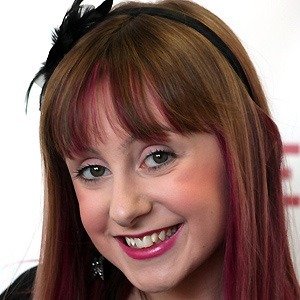 Cute and adorable Arm is currently dating Dylan Snyder since 2015.

Prior she had an affair with Billy Unger. But the couple broke up in the year 2014 itself.

Previously, she has been in a relationship with William Brent in 2009. She is not associated with any other affair status and divorce case yet.

Who is Allisyn Ashley Arm?

Allisyn Ashley Arm is an American actress. She is extremely prominent for her role in “Dive Olly Dive!’, “Sonny with a Chance”, “So Random!”, and “AwesomenessTV.” She is a hardworking person and has made a respectable position in American acting field.

Allisyn Ashley Arm was born to Steve and Anji Arm on April 25, 1996, in U.S.A in Glendale, California, U.S.A. Her nationality is American and belongs to North American ethnicity.

Her mother’s name is Anji Arm and father’s name is Steve Arm. When Arm was only six years old, her parents saw acting strength in her and highly encouraged to secure her career in the acting field and she was also highly interested and dedicated.

As she grew older, she started taking different acting classes and was also enrolled in the acting school.

Arm started her professional acting career at the age of two and appeared in one episode of T.V series titled “The Cask of Amontillado” as ‘Montressor’s Daughter’. She also starred in a guest role in different low rated and high rated T.V series including “Strong Medicine”, “Miracles”, “Friends”, “10-8: Officers on Duty”, etc.

In 2006, she appeared in a total of 6 episodes of T.V series “Dive Olly Dive!” and was recognized by viewers. In 2009, she appeared in the successful T.V series “Sonny with a Chance” in a minor role as ‘Zora Lancaster’ for which she was able to collect huge positive responses and reviews from fans and viewers. Some of her other successful T.V series include “So Random!”, “Jake and the Never Land Pirates”, and “wesomenessTV.”

There are no drastic rumors regarding Arm’s personal and professional life. It seems like she is doing best job without harming others for which she hasn’t been a part of desperate controversy yet.

Allisyn has a slim body with a height of 5 feet and weighs around 50 kg. She has dyed blonde hair and dark brown eyes. Besides these, her dress size is 1(US), shoe size is 8(US) and bra size is 28A. Furthermore, there are no details regarding her body measurements.