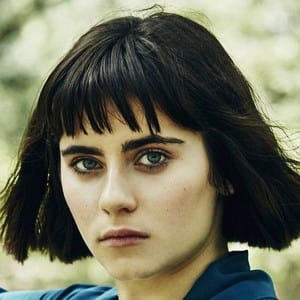 Ally Ioannides is not dating anyone at present. Additionally, there are no details available about her past relationships.

Who is Ally Ioannides?

Ally Ioannides is an American actress. People mostly know her for playing Dylan Jones in the NBC drama series ‘Parenthood.’ Additionally, she also plays the role of Tilda in the AMC martial arts drama series ‘Into the Badlands.’

Ioannides was born in Atlanta, Georgia as Alexia “Ally” Ioannides on January 12, 1998. Throughout her childhood years, she grew up in Park City, Utah. After moving to Burbank, California at age 14, she began her career as a stage actor at Egyptian Theatre in Park City. Ally was interested in the world of acting since her childhood years. She is of American nationality. Furthermore, she belongs to Greek ethnic background.

Talking about her education, Ioannides completed her elementary school at Pace Academy, Trailside in Park City, and Madeleine Choir School.

Ioannides initially worked as a stage actor in Egyptian Theatre, Pioneer Theatre Company, and Hale Center Theater in Salt Lake City. Additionally, her first professional acting role was as Ester in the stage adaptation of ‘A Christmas Story.’ In 2009, Ally also appeared in ‘White Christmas’, ‘The Sound of Music’, and ‘Annie. Since then, she has appeared in numerous other movies and television series. All in all, she has over 15 credits as an actress.

Some other movies and television series that Ioannides has appeared in are ‘Into the Badlands’, ‘Brand New Old Love’, ‘Elementary’, ‘ANiMUS’, ‘Law & Order: Special Victims Unit’, ‘Parenthood’, ‘Scarlett’, ‘Defining Mel’, and ‘Ephraim’s Rescue’ among others.

Ioannides has not revealed her current salary. However, she has an estimated net worth of around $ 0.5 million at present.

Ioannides has not been part of any notable controversies in her career. Furthermore, at present, there are no rumors concerning her life and career.