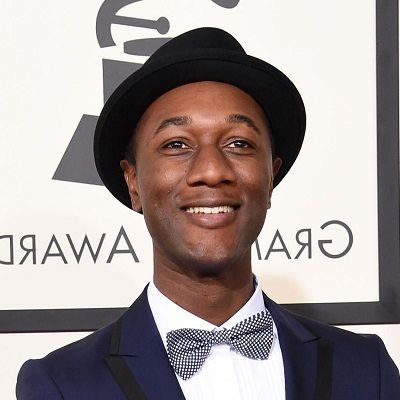 I felt I had an opportunity to follow in the footsteps of great soul musicians of the past, who made a lot of social and political commentary through their music

When I started out, I wrote the songs, recorded the songs, mastered, mixed, did the artwork, made the packaging and did the distribution, all myself. Now I understand what everyone's jobs are, who is doing them right, and who isn't

The most beautiful thing is writing a great song and my goal is to make it to the Songwriters Hall of Fame one day. The other goal is to match or exceed Michael Jackson's charitable giving.

Aloe Blacc is the Father of Two!

Aloe Blacc is married to Maya Jupiter. Maya is also a rapper. This couple walked the aisle in the year 2010.

Who is Aloe Blacc?

Aloe Blacc is a Grammy-nominated American musician, singer, songwriter, and rapper. Aloe is also a record producer and philanthropist. He is best known for his top singles I Need a Dollar and The Man.

Blacc is also co-founder of the musical duo Emanon.

Aloe Blacc was born Egbert Nathaniel Dawkins III on January 7, 1979. His birthplace is Laguna Hills, California, U.S and holds African-Panamanian ethnicity. Aloe’s father is in the US army.

Aloe is a trustee scholar and completed his graduation in 2001 from the University of Southern California, LA, California. He majored in linguistics and psychology.

He was interested in music since childhood. He used to play a broken trumpet in his school. In 1995, he teamed up with a record producer Exile. They formed a musical duo named Emanon and released projects.

Aloe’s solo songs also became a huge hit. Some of his popular albums and EPs are,

Aloe Blacc has paired up with other musicians also.

Aloe was nominated for Grammy Awards in 2015. His other nominations are:

This talented musician has an approximate net worth of $5 million as of 2022. His yearly earnings from the YouTube channel are between $294-$4.7k.

The American singers plus musicians make earnings between $38k-$200k.

Aloe has a wide smile with dark eyes and hair. He likes wearing different types of hats.

Besides this, Aloe is also on Youtube at www.youtube.com/user/aloeblacc and has around 481k subscribers. He has his own website http://www.aloeblacc.com/