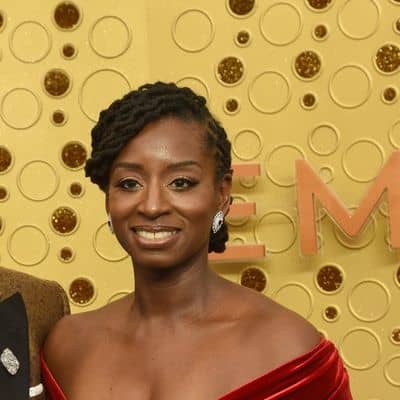 Alvina Stewart is possibly single as recently on March 25, 2022, she filed for divorce from her husband. The specific reason behind her filing the divorce is still unknown. Alvina Stewart is well known to be the former wife of Anthony Anderson.

The couple had even separated before on 1 April 2014 as Alvina filed for divorce in September 2015.

Alvina then filed for divorce in September 2015 with her partner. However, the legal acts and the settlement state that the couple separated on 1 April 2014. Though, they decided to give second chance to their relationship and united in 2017.

No detailed info about the past relationships of Alvina Stewart is available yet.

Who is Alvina Stewart?

She is well known to be the former wife of a popular American actor, comedian, game show host, and writer named, Anthony Anderson.

Alvina Stewart was born to her parents in the United States on December 18, 1970. Stewart is 52 years old as of 2022 and holds an American nationality.

She is of African-American ethnicity and Sagittarius is her birth zodiac sign according to the astrological chart.

Stewart has not revealed about her parents and siblings and she also has not provided any info about her educational life.

Alvian Stewart has not publically announced her professional life. But her husband, Anthony Anderson has had a successful career.

Anthony Anderso began his career sine 1995. He produced the ABC hit series, Black-ish starring alongside Laurence Fishburne and Tracee Ellis Ross. He made guest appearances on major series including NYPD Blue, Malcolm and Eddie, Ally McBeal, and In The House.

He appeared in a recurring role in the tv series, ‘ Til Death and The Bernie Mac Show.’ Afterward, he joined the cast of the long-running crime drama television series, ‘Law & Order’ that aired on NBC. He also appeared on the crime drama series, ‘Fox’s K-Ville’ and the Fox cable channels FX’s ‘The Shield.’

He signed the contract as host to Endemol USA’s family game show titled, ‘Wall of Fame which aired on NBC. In 2014, he was assigned as a regular judge on ‘Iron Chef America.’

Likewise, he has starred in many movies with comedic roles including, ‘Kangaroo Jack, ‘My Baby’s Daddy’, ‘Hustle and Flow’, Agent Cody Banks 2:Destianiton London’, ‘King’s Ransom’ and so on.

Besides that, he has been awarded several awards and nominations. In 2006, he earned Best Ensemble in motion picture and Outstanding actor for a comedy series in 2013. He earned NAACP image awards for Outstanding Actor in a Comedy Series in 2015, 2016, and 2017.

Alvina Stewart is 5 feet 5 inches tall and weighs around 59 Kg. Moreover, she has a couple of brown eyes and black-colored hair.

But, body measurements of Stewart including her bust, waist, and hip size are not available.