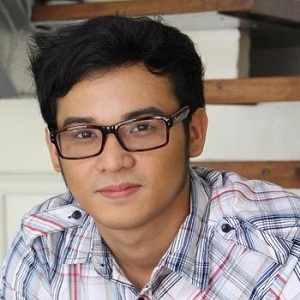 Alwyn Uytingco is a married person. After being in a relationship with actress Jennica Garcia for a couple of years, they finally married on 12th Feb 2014.

Jennica is popular for her role in the TV series Prima Donnas as Jenny.

As a loving couple, they have already welcomed one of Two children named Athena Mori and Alexis Severina. He is not associated with any other affair status yet.

Currently, he is staying happily with his wife and child in the Philippines.

Who is Alwyn Uytingco?

He was born on Feb 11, 1988, in Quezon City, Philippines. He belongs to Asian ethnicity.

Details about his father, mother, and siblings’ are not disclosed yet.

Some of his popular T.V shows include “BFGF”, “Maynila”, and “Lovers in Paris”. In the year 2010, he appeared in a successful film titled “Ang Tanging Ina Mo Rin” as ‘Tirso Montecillo’ for which he was nominated for the ‘2010 Metro Manila Film Festival Award’ in the category of ‘Best Supporting Actor’.

Currently, there are no drastic rumors regarding Alwyn’s personal and professional life.

It seems like he is doing the best job without harming others for which he hasn’t been a part of desperate controversy yet.

Alwyn Uytingco has a height of 5 feet 10 inches tall and his weight is average. His hair color is black and his eyes are dark brown color.