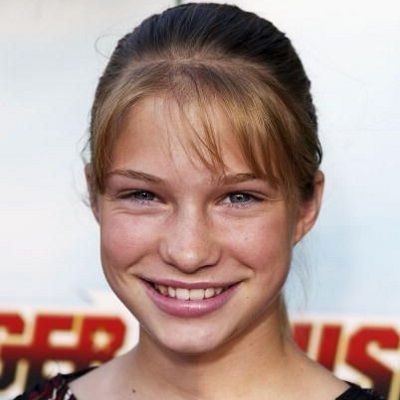 Who is Alyson Morgan?

Alyson Morgan is an American actress. She is mainly known for her roles in Zenon: Z3, House, and Blue Skies.

She has also voiced for a video game named Dungeon Hunter 5.

Morgan was born on June 12, 1990, as Alyson Lynn Morgan. Her birthplace is Columbus, Mississippi, the USA. Her surname’s origin comes from a Welsh family.

Details about her father, mother, and academics are not disclosed.

Alyson Morgan first appeared on the TV screen at the age of 14. In 2004, she acted in an adventure TV movie Zenon: Z3. Her character’s name was Dasha Plank. The other casts of the film were Kirsten Storms, Raven-Symoné, and Lauren Maltby.

Then in 2005, she played the role of Clementine in a TV mystery House. She has appeared only for an episode Heavy. House was first aired in 2004 and ended in 2012. Some of the main casts of this series were Hugh Laurie, Omar Epps, Jesse Spencer, Jennifer Morrison.

Alyson has also acted in a TV film. She has played the role of Young Sarah. The movie is a comedy and it was released in 2005. It was directed by Gary Halvorson and has casts of Anna Faris, Missi Pyle, Jay Paulson, and more.

In 2015, Alyson contributed to the video game world. She has voiced for Sister Elora in action, adventure, and fantasy game Dungeon Hunter 5. It was released on 27 Feb 2015.

Alyson Morgan has blonde hair and blue eyes. She has a height of 4 ft 11 inches and has a decent weight.