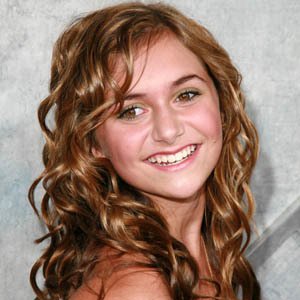 I'm a thinker and feeler and dreamer and explorer

My relationship with God is what gives me a moral compass on what decisions to make and that stuff. I'm thankful that I have the people around me that I do, and they remind me each day of who I am and what I stand for

I love what I do, and I just remember that every breath and every moment is a gift and it can be taken away at any time, so I want to appreciate it and be grateful for it while it's here.

Alyson Stoner is an unmarried woman till now. She has not been in many relationships in her life. In 2009, she began dating the famous American actor Vincent Martella. The couple was together for over a year. After a year of their relationship, the couple broke up in 2010.

Since then, she has not been in any relationships now. It seems like she is sharpening her strength and skills to make her all dreams come true rather than being stuck in a relationship. She is currently focusing on her work and it seems like she doesn’t have time for love affairs. According to the records, she is possibly single at the present time.

Who is Alyson Stoner?

Alyson Stoner was born on 11 August 1993, in Toledo, Ohio, USA. Her birth name is Alyson Rae Stoner. She is the daughter of LuAnne Hodges, a former executive secretary at Owens-Illinois, and Charlie Stoner. Her sisters are Correy Stoner and Jaimee Stoner.

She also modeled and trained at the Margaret O’Brien Modeling Studio. Her nationality is American and she is of German, English, French-Canadian, Swiss-German, Irish, Scottish, and Welsh ethnicity.

Alyson Stoner began her career at the Margaret O’Brien Modeling Studio at a very young age. She won Best Model of the Year at the International Modeling and Talent Association Convention in New York City under O’Brien’s studio in 2000. In 2001, Stoner became the co-host of the Disney Channel’s Super Short Show along with Michael Alan Johnson.

In 2003 and 2005, she appeared as Sarah in the successful comedies Cheaper by the Dozen and Cheaper by the Dozen 2. She has also appeared in several television shows aimed at the preteen market, including The Suite Life of Zack & Cody, That’s So Raven and Drake & Josh. Alyson later worked for 4kids Entertainment and voiced Mrs. Hanson in Mew Mew Power.

In 2006, she had a small film role in Step Up as Camille, Channing Tatum’s character’s younger sister. She currently provides the voice of Isabella Garcia-Shapiro and Jenny in the Disney Channel animated series Phineas and Ferb. She released her debut EP entitled Beat the System in 2011.

Stoner teaches hip hop classes at the Millennium Dance Complex. She is also a dance editor for KEWL Magazine. She has a net worth of 1.5 million dollars.