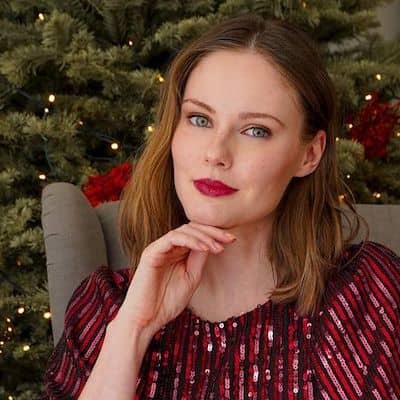 Alyssa Campanella is currently divorced and possibly single. The details of her current boyfriend and affair are unknown.

But once she was married to an actor, Torrance Coombs. They started to date each other form 2010 and in May 2015, they exchanged rings. The ring that Coombs gave to her was a royal blue sapphire and diamond custom-designed.

Then on 02 April 2016, they walked the aisle in Santa Ynez, California. Alyssa and her husband were married for four years and their divorce was finalized in 2020.

However, they started to live apart from April 2016.

Who is Alyssa Campanella?

Alyssa Campanella is an American model and blogger. She was Miss USA of 2011 and was also Miss California 2o11.

As a blogger, she has a style and travel blog, The A-List.

She was born as Alyssa Marie Campanella on 21 March 1990 in New Brunswick, New Jersey, United States.

The name of her father and her mother’s name is John Campanella and Anne-Marie Campanella respectively.

Alyssa’s ancestry is Italian-Danish-German and has a sister named Jessica.

Talking about her academics, she enrolled at Freehold Township High School and New York Conservatory for Dramatic Arts.

Then she joined the Institute of Culinary Education.

Alyssa Campanella started her modeling care at the age of 16. She was featured in magazines such as Marie Claire, Allure, InStyle, Elle, and Women’s Health.

Alyssa also placed second in 2009 and was in the top fifteen in 2010 of Miss New Jersey USA. She was crowned as Miss California USA and Miss USA 2011.

After this, she took part at Miss Universe 2011. The event was held in São Paulo, Brazil but unfortunately, she did not secure the crown. But she was one of the top 16 contestants.

She uses moisturizer of Australian Gold Moisture Lock. Some of the top actress’s financial worth is,

This former Miss USA is keeping herself away from rumors and is also not surrounded by any desperate scandals.

Regarding Alyssa Campanella’s body features, her height is 5 ft 8 inches and her body weight is 54 kg. Moreover, her eyes are green plus she has natural brunette hair.