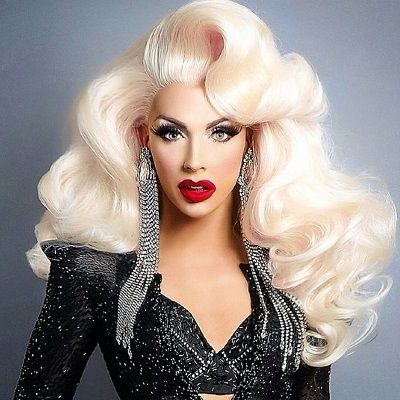 I don't get cute, I get drop dead gorgeous

They read me the house down underneath the cement.

Alyssa Edwards is in a relationship with his boyfriend Manny Silveyra. Manny is a dance instructor.

In an interview with WOWPresents, she revealed that she plans to celebrate her wedding and wants to look fabulous.

Previously, he had an affair with a man named Marco. They had a brief affair however, they broke up.

Who is Alyssa Edwards?

Alyssa Edwards is an American Choreographer and Drag Performer. Alyssa is also an entertainer, television presenter, and businessperson. He was one of the favorite contestants of RuPaul’s Drag Race, fifth season.

Alyssa Edwards was born Justin Dwayne Lee Johnson on January 16, 1980, in Mesquite, Texas, US. His mother, Sherrie Johnson raised him with his sister, Tabatha and six other siblings.

He initially participated in an amateur show in a gay bar in Dallas, Texas, US. He was an exceptional dancer and actor.

He was mentored by Laken Edwards, a popular drag queen. His last name “Edwards” was adopted as a mark of association with “the Haus of Edwards”.

Edwards has won diverse awards. Some of them are listed below:

Currently, he owns his own dance studio named ‘Beyond Belief Dance Company’ in Mesquite, Texas, US.

Alyssa has so many funny moments backstage. Once he revealed that he had to wear lotion on her lower body and he asked of the PAs to put the lotion on his butt and while he put on the legs, he spread the legs which looked odd position. And the PA rubbed the lotion on him.

His height is 5 feet 8 inches. He has blonde hair and olive-green eyes.