Talking about her relationship details, Alyssa Kempinski is presently single and she is not dating anyone at the moment. She seems to be focused on her career and professional life.

Previously, the star was dating American rapper, actor, singer, Okieriete Onaodowan. The former couple was spotted many times together in the public. Their relationship was confirmed after Okieriete posted a photo of them together taking a walk on the beach on 11 October 2014.

Alyssa and Okieriete have walked the red carpet at the Tony Awards. However, he has deleted all of their photos from Instagram and is not seen together in the present time. 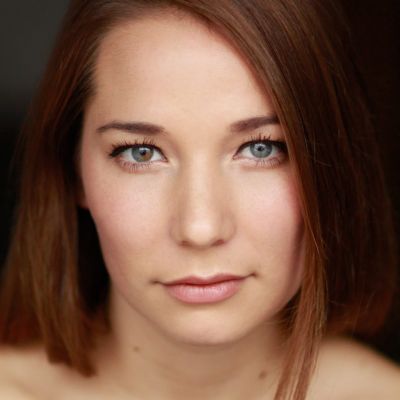 Who is Alyssa Kempinski?

Alyssa Kempinski is a well-recognized American actress and celebrity ex-girlfriend. Kempinski is known for her act in The VelociPaster(2018), High Fidelity(2020), and King of Knives(2020).

Moreover, she was previously linked to American actor, rapper, and singer, Okieriete Onaodowan.

Alyssa Kempinski was born on 19 October 1990. At present, she is 31 years young star. Likewise, her birthplace is Cranford, New Jersey, the USA.

Alyssa has been secretive towards his family details. Moreover, she has not shared her sibling’s information in the public till now.

Talking about her nationality, Kempinski holds an American identity whereas her ethnicity is Caucasian.

Regarding education, the actress might be well-educated. She has not revealed her academic background to the public till now.

Alyssa is professionally an American actress and television star who has featured in a few movies till now. She gave her main role in a 2017 American comedy horror film written and directed by Brendan Steere. The plot follows pastor Doug Jones who becomes infected by an artifact, resulting in him turning into a velociraptor when he becomes angry.

Some of its main stars are Gregory James Cohan, Alyssa, Daniel Steere, Ethan Ward, Jesse Turits, and so on. Likewise, Kempinski then portrayed her role in High Fidelity which is an American romantic comedy television series, based on the 1995 novel of the same name by Nick Hornby. It was premiered on Hulu on 14 February 2020.

Sadly, the series was canceled after one season. Other than that, the actress has featured in some other movies such as King of Knives, Natural Disasters, FBI, Kilian, Disforia, and so on.

A famed American actress Kempinski has earned a decent amount of money from her profession. She lives a quality lifestyle along with her family.

It is reported that Alyssa Kempinski has an estimated net worth of $1.5 million as of 2022.

Alyssa has never been part of any controversial matter or rumors till now.  The star has been preoccupied with her professional and private life.

It seems that Kempinski prefers enjoying her personal life and does not want to merge it with her professional life.

31 years young star, Kempinski has beautiful looks and an admirable personality. She stands at a height of 5feet 7inches. Also, she has a balanced body weight of 55 kg.

Furthermore, Kempinski has blue eyes whereas her hair is burgundy.

Regarding her social media presence, Alyssa Kempinski is an active personality on social media. Alyssa has more than 5.1k followers on her official Instagram account @monalyssasmiles.

Moreover, Kempinski is also available on Facebook with nearly 1.7k fans and supporters.