Alyssa Miller is currently in a relationship. She is dating Korey Dane.

He is a singer/songwriter who makes rootsy, indie rock, and literate folk. The couple started dating in 2019.

Previously, she was married to Cam Avery. The couple got married in April 2018 and got divorced the same year. She revealed their divorce with a post on Instagram.

The couple dated in 2014 and reportedly broke up the same year.

The reason for the breakup apparently was that he could not give her time as he was preparing for the movie, Southpaw.

Jake played the role of a boxer in the movie and needed to transform his physique for which he had to spend more time in the gym.

She has also dated Bjorn Iooss. He is a photographer. 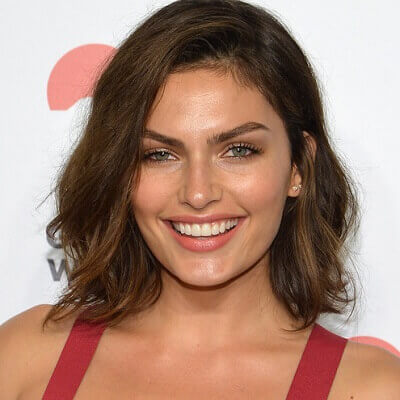 Who is Alyssa Miller?

Alyssa Miller is an American model.

She has appeared on the covers of Vogue, Elle, GQ, Harper’s Bazaar, etc.

As of 2022, her age is  31.  Her father’s name is Craig Miller, however, there is no information about her mother’s identity.

She has three siblings but has not revealed their identities, either.

She spent her childhood days in Palmdale.

In an interview, she said that the area was rough and there were a lot of gang and drug-related activities in the area.

Her parents struggled with raising her and three siblings. When asked what kind of kid she was, she described herself as a ‘tomboy. She had joined the soccer team in school to gain respect.

Her ethnicity is German, Austrian, English, Irish, Scottish, and Welsh.

The gorgeous-looking model has an equally attractive body. Miller stands slim and fair at a height of around 5 feet 9 inches.

She weighs around 55 kg.

Her shoe and dress sizes are 9(US) and 4(US) respectively. She wears a bra size of 34C.

Her eye color is Hazel and she has brown hair.

Alyssa Miller has an estimated net worth of around $29 million.

The primary source of income is modeling. On average, an American model like her earns around $125k a year.

Victoria’s Secret models earn in the range of $100k-$1 million a year.

Alyssa actually had not considered being a model. It was her father who sent her pictures to an L.A. office of IMG Models.

In 2005, she started gaining notice as part of the Marilyn NY Agency. The same year, she appeared in a fall 2005 fall campaign for Stella McCartney.

A couple of years later, she was featured in the magazine again, this time on the cover.

In 2013, she appeared in her third Sports Illustrated swimsuit edition.

Three years later, in 2016, she was a major in Vogue editions like Vogue Italia and Vogue Germany.

In 2017, she collaborated with Understated Leather. The following year, she launched her own line of leather luggage, handbags, and travel accessories called ‘Pilgrim’.

She made a guest appearance in the American comedy film, ‘Entourage’.

Miller has not been involved in any controversies.

She is an in-demand model and has stayed away from any kind of controversy and scandal.

She has not done anything controversial in her career as a model so far. Similarly, there are no rumors about her.

You may also like to read the Bio, Career, Net Worth, Social Media, Relationships, and more about Kelly Clarkson, Jake Gyllenhaal, Bella Hadid, etc.