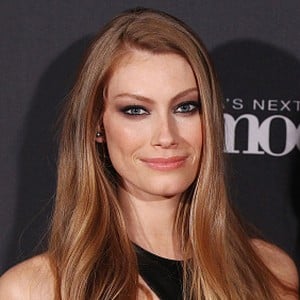 Alyssa Sutherland was previously married to director and producer, Laurence Shanet. The pair was together from 5 February 2012 to 2013.  Since then, she has not been involved in any other relationships. At present, she is believed to be single.

Who is Alyssa Sutherland?

Alyssa Sutherland is an Australian actress and model. People mostly know her for her roles in movies and television series including ‘The Devil Wears Prada’ and ‘Vikings.’ Additionally, she is also widely recognized for her role as Eve Copeland in the TV series ‘The Mist.’

Sutherland was born in Brisbane, Australia on September 23, 1982. She became interested in the world of acting and modeling since her childhood years. She is of Australian nationality. Furthermore, there are no details available about her ethnic background at present.

Talking about her education, Sutherland attended Craigslea State High School on the north side of Brisbane.

Sutherland was initially active in the modeling world. She has campaigned for several of the popular brands including Ralph Lauren, Garnier, Bulgari, John Frieda, Kerastase, Calvin Klein, and Abercrombie & Fitch among others. Additionally, she has also appeared on the cover of magazines like ‘Harper’s Bazaar Singapore’ and ‘Elle Germany.’ Coming to her acting career, Alyssa appeared as herself in the movie ‘The Walk’ in 2001. Since then, she has appeared in numerous other movies and television series. All in all, she has over 10 credits as an actress.

Some other movies and television series that Sutherland has appeared in are ‘Timeless’, ‘The Mist’, ‘Vikings’, ‘Spencer’, ‘The Fortune Theory’, ‘Arbitrage’, ‘Law & Order: Special Victims Unit’, ‘Don’t Look Up’, ‘Huge’, ‘New Amsterdam’, and ‘Day on Fire’ among others.

Sutherland has not revealed her current salary. However, she has an estimated net worth of around $ 5 million at present.

Sutherland became part of a controversy after she revealed that she quit modeling after racked with guilt. At present, there are no rumors concerning her life and career.