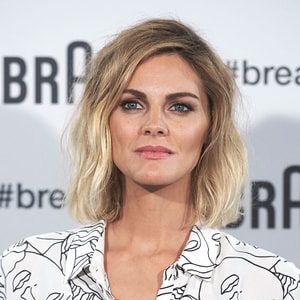 Who is Amaia Salamanca?

Amaia Salamanca is a Spanish actress and she is best known for her role in the TV Series “Sin tetas no hay paraíso” as Catalina Marcos and in “Gran Hotel’ as Alicia Alarcón.

She was born on March 28, 1986, in Madrid, Spain. Her birth name is Amaia Salamanca Urízar and has a birth sign, Aries. Her father’s name is Miguel Angel Salamanca and her mother’s name is Rosana Urizar. She has a brother and his name is Mikel Salamanca. She does not have any sister. She holds Spanish citizenship but her ethnicity is unknown.

Amaia studied business administration and law. Apart from that, there is no information about her education.

She did not have the intention to make her career in the profession of acting but after her audition, for ‘SMS’ she was offered in for a role by the TV Company LASexta. She collaborated with other film and television actors like Yon González, Mario Casas, Aroa Gimeno, etc.

Along with acting, she also did modeling. She is featured in the cover of the magazines. She also does photo shoots, video clips, and shows. Amaia is playing the lead in the Spanish-Canadian co-production ‘Webcam’ directed by Antoni Sale.

She made her place in Maxim’s 2006 list of one of the hundred most attractive celebrities. However, she is yet to win any awards till date.

Amaia Salamanca: Net Worth and Salary

It is estimated that she has a net worth of around $3 million and her main source of income is from her acting and modeling career.

There was a rumor that she has been split with her husband but it is not confirmed or it may be just a hoax.