Posted by MarriedBiography Posted on April 26, 2021 | In Entertainment , Net Worth
Share this 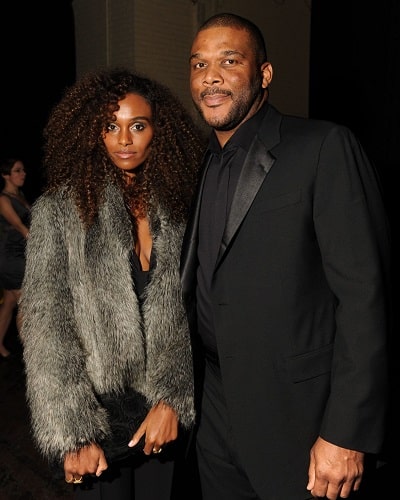 What is the age of Aman Tyler Perry?

Aman Tyler Perry was born on 30th November 2014. He is six years old at present. He is the son of Tyler Perry and his model ex-girlfriend, Gelila Bekele. His parents were dated for years before splitting. Tyler was physically and verbally abused by his father throughout his childhood until he was 19 years. So, he does not want his son Aman to go through it.

“The greatest gift I’m being given right now is the opportunity to give the little boy in me everything I never had, so that’s what I’m excited about. This beautiful human being that God has allowed to come into my life for me to get to know, because they come with their own personalities, who they are, to shepherd and usher him.”

Also read Why Are Steve Howey And Sarah Shahi Ending Their 11 Years Of Marriage? The Couple Finalized Their Divorce!

How much is the net worth of Tyler Perry?

Aman Tyler Perry’s father Tyler Perry is on the list of a billionaire with a net worth of $1 billion. As per Forbes, his empire was broken down into five key areas which included cash and investments, his stake in the video-on-demand service BET+, and his Tyler Perry Studios located in Atlanta, Georgia.

In the year 2011, he was listed as the highest-paid man in entertainment earning $130 million between May 2010 and May 2011. Also, he has worked in films like Diary of a Mad Black Woman, Madea’s Family Reunion, Daddy’s Little Girls, Why Did I Get Married?. The Family That Preys and more.

Likewise, his TV series work includes Assisted Living, Bruh, Ruthless, Young Dylan, Sistas, The Oval, The Paynes, Too Close to Home, If Loving You Is Wrong, and others. He owns a 25,000 square-foot mansion in Los Angeles which is on 22.5 acres. From May 2020 his mansion is rented by Prince Harry and Meghan Markle. He owns many other properties.

Also read Who is Jordan Farnum? Know about her age, relationship, net worth, biography

Tyler Perry is an American actor, comedian, filmmaker, writer, and songwriter. Likewise, he has created several television shows, his most successful of which is ‘Tyler Perry’s House of Payne’. Additionally, in 1992 he directed, produced, and starred in the musical ‘I Know I’ve Been Changed’. Read more bio…