Who is the husband of Amanda Anka?

Amanda Anka is happily married to her husband, Jason Bateman.

The duo met at a Loss Angeles King game after which they began to date. They decided to take their relationship furthermore after more than two years of dating.

On July 3, 2001, they got married sharing the marital vows. Together, they are parents to two daughters. Francesca Nora Bateman is their first daughter who was born in October 2006, while their second daughter, Maple Sylvie Bateman was born in February 2012.

At the moment, there is no news about their separation. 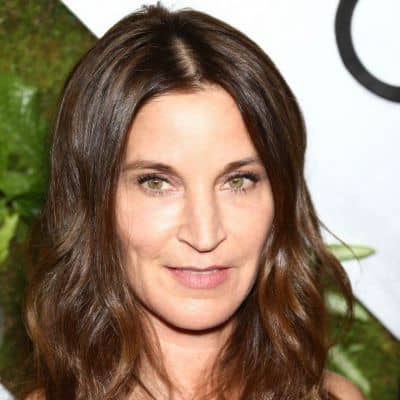 Who is Amanda Anka?

Amanda Anka is an American actress, voice artist as well as a celebrity wife.

She is recognized for starring in the movies like, ‘Buffy the Vampire Slayer’, ‘Lost Highway’, ‘Taxi’, ‘Lightbulb’, and ‘Cherry Falls.’

She is best known for being the wife of an American actor, director, and producer, Jason Bateman.

Anka is 54 years old as of 2022 and possesses American nationality. She maintains Caucasian ethnicity and is under the Sagittarius zodiac sign.

Paul Anka and Anne De Zogheb are his parents. Her father is a Canadian American songwriter, singer, and actor of his time. Later, her parents separated in 2000. Moving toward her siblings, she has four sisters named, Alicia, Amelia, Alexandra, and Alicia Anka.

Heading toward her educational life, there is no precise info available.

Though hailing from a wealthy family, she might have graduated from a well-known university.

In 1992, Amanda Anka appeared in the flick, ‘Buffy the Vampire Slayer’ which gained her a moment of fame.

Then, in 1997, she portrayed the role of Deputy Sheriff Mina in the slasher film, ‘Chery Falls.’

Besides her, her husband Jason Bateman is able to amass a successful career as an actor, director, and producer.

Jason made his television debut in 1981, at the young age of 12  as James Cooper Ingalls in Little House on the Prairie.

He worked in a supporting role on the television show Silver Spoons. After this, he became popular among teenage girls for his good looks.

Jason then worked on many projects like Lost Knight, Simon, Chicago Sons, George & Leo, Some of My Best Friends, and The Sweetest Thing.

He earned the status of a teen idol in the mid-1980s mainly for his work on The Hogan Family. He also became America’s youngest-ever director when at the age of 18 he directed three episodes of The Hogan Family.

His most known work is the comedy series Arrested Development. He played the role of Michael Bluth from 2003 to 2006, the series did not gain a sizable audience but Jason got recognition for his performance.

Amanda Anka has surely made a small fortune throughout the course of her career. However, she has not disclosed her yearly earnings and wages to the public.

In addition, her husband, Bateman has worked in many Lead as well as supporting roles. His net worth is estimated to be $30 million as of 2022.

In 2014, the actress rose into the spotlight, she alleged hotelier Andre Balazs of groping her.

The occurrence happened at a dinner party at London’s Chiltern Firehouse, which was organized taking after the premiere of Anka’s husband’s movie titled, ‘Horrible Bosses 2.’

According to the Anka, Balazs-who is famous for hosting celebrities from the amusement industry at the Standard, the Mercer, and the Chateau Marmont in New York-reported he slipped his hand under the Ankas’s crotch.

After she said to her husband, he apparently, went toward the hotelier and spit gum in his face. They immediately left the hotel.

Moving on, with a fair complexion, she has a couple of brown eyes and hair of the same color as well.