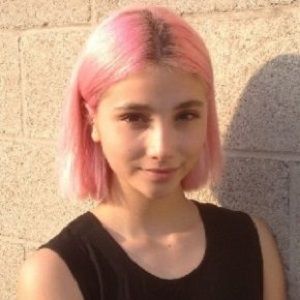 Who is Amanda Arcuri?

Amanda Arcuri is a young Canadian teen TV actress. She is best known for playing the character Lola Pacini in the Degrassi franchise. She has appeared as Lola in Degrassi: Minis, Degrassi: Don’t Look Back, Degrassi: The Next Generation, and Degrassi: Next Class.

Amanda Arcuri was born on October 21, 1997, in Toronto, Canada. Her nationality is Canadian and though she was born in Canada, she is of Argentinian and Italian ethnicity.

She has not revealed any information about her childhood life. Her educational background has not been disclosed yet. She is fluent in Spanish. Amanda is a fan of the Argentine sports club Club Atlético Boca Juniors. She was interested in acting from an early age and she wanted to become an actress since she was a child.

She was also featured in a short film called Grayscale in 2015. She is one of three Amanda to star on Degrassi, the first two being Amanda Stepto and Amanda Cook.  Despite her young age, she has a huge fan following. She has a bright future ahead in the acting field.

Amanda Arcuri: Salary and Net Worth

Her net worth is about $2 million but her salary has not been revealed yet.

Amanda has a height of 4 feet 11 inches. Her hair color is blonde and her eye color is brown. Her weight, shoe size, dress size, etc. are unknown.