Amanda Brown is in a relationship. She is dating another singer-songwriter, Colin Smith.

In an interview in 2018, she revealed that she lives with her boyfriend in New York in an apartment. Colin is also a singer-songwriter and helped her with her first album. In February 2019, she uploaded her song, Broken Mirror on YouTube featuring Colin Smith. 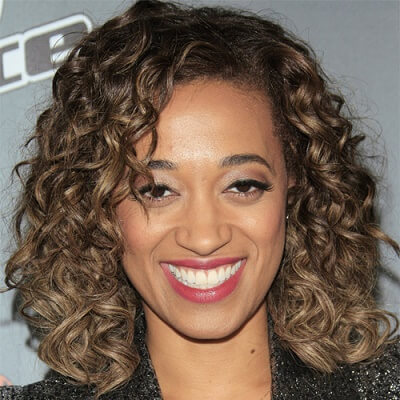 Who is Amanda Brown?

Amanda Brown is an American singer-songwriter, actress, and dancer. Brown finished in fifth place in the third season of ‘The Voice’.

Amanda Brown was born as Amanda Leah Brown in the Bronx, New York on June 4, 1985. As of 2020, her age is 34. There is no information about her parents. She has not revealed their identities. Amanda has two other siblings and is the oldest child of her parents.

At the age of six, she started singing at her local church in the Bronx. Also, she auditioned for the Fiorello H. LaGuardia High School of Music & Art and Performing Arts at the age of 12.

Her parents divorced when she was young. She and her siblings had to deal with occasional trials while living in a single-family home. However, Brown did maintain a close relationship with her father as they both attended church three times a week.

Amanda auditioned for the New York performing arts school, Fiorello H. LaGuardia High School of Music & Art and Performing Arts at the age of 12. There, she was introduced to classical, jazz, pop, and rock genres.

For college education, Brown attended Howard University in Washington. However, just after a year, she decided to return to New York and pursue a musical career and thus transferred to Baruch College.

Amanda started singing at the Village Underground located on the lower west of Manhattan. In 2011, she released her first original single on iTunes called ‘Dreamer‘.

In 2012, she auditioned for the third season of The Voice and got selected. She became the first stolen contestant in the history of The Voice to make it as far as the top six. Her biggest moment in the show was her performance of Aerosmith’s ‘Dream On‘. This performance received praise from all the judges and also the Rolling Stone magazine. Brown was eliminated after entering the top six.

Amanda Brown has an estimated net worth of around $100k-$1 million. However, there is no information about her salary. An average American singer makes around $41,000 a year.

There are no rumors about her. Similarly, she has not been a part of controversies. She is very focused on her career as a musician and has not done anything to ruin her reputation and image. Brown is a well-respected woman in the music industry.

Brown stands at a height of around 5 feet 7 inches. There is no information about her weight. She has brown hair and brown eyes.

You may also like to read the Age, Bio, Net Worth, Career, Body Measurements, Relationship, and more of Teresa Barrick, Steven Tyler, Jaime Pressly, etc.