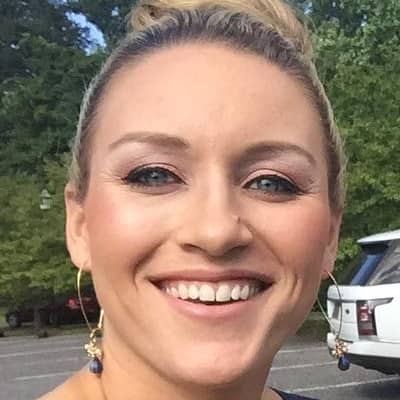 Amanda Clifton is bisexual and a married woman. She exchanged her vows with professional basketball player Elena Delle Donne on 3 November 2017. Their lavish wedding took place in New York and was live-streamed by The Know website.

This couple first met in June 2013 through their friend Meghan McLean. Amanda proposed to Elena on 2 June 2016 and they got engaged. They live in Virginia with their beloved pet dogs.

Who is Amanda Clifton?

Amanda Clifton is an American social media personality, sportsperson, and director. She is best known as the wife of professional basketball player Elena Delle Donne.

This director was born on 21 May 1989, in Iowa, the United States. Her father‘s name is Dennis, and her mother‘s name is Eileen. She grew up in Illinois, Rock Island. She has two brothers Josh and Marcus.

Clifton graduated with a Bachelor’s degree in business from Illinois State University. She used to play basketball, volleyball, and softball at Rock Island Alleman Catholic.

She earned the Most Valuable Player honor for all four years at the University along with multiple records. Clifton belongs to Hispanic descent.

Amanda was interested in sports like basketball, softball, and volleyball from childhood. Her mother encouraged her to pursue sports.

During her college, she was the captain of the basketball team during her both senior and junior years. Between 2010-2011, she earned all MVP honors and Hustle, Jill Hutchison Leadership awards, MVC All-Defensive Team selection, and All-MVC Honorable Mention selection.

Her coach Stephanie Glance used to appreciate her for her intensity and work ethic. Although Amanda is not a professional player, she is always connected to sports.

Recently, she is working as a director of basketball skills academy ‘De11e Donne Academy‘. Her spouse Elena Delle Donne is a world-renowned basketball player in WNBA.

Elena has also played for teams like Phoenix Mercury, and Chicago Sky. In 2015 and 2019, she was awarded the MVP (Most Valuable Player) awards.

A few years back, Donne became the first WNBA player to join the 50-40-90 club. During her senior years in 2008, she was suffered from Lyme disease. Amanda helped Elena through a bad time with her Lyme disease.

The average salary Amanda is under review. We will update you soon as we got the information. Meanwhile, according to some sources, she along with her wife Elena has an estimated net worth of $1.5 million.

Clifton hasn’t been through any drastic rumor and scandal. Meanwhile, Amanda has managed to keep herself out of any rumors and controversy. She is doing well in her career.