Updated On January 24, 2023 | Published By: rylee
Share this
Married 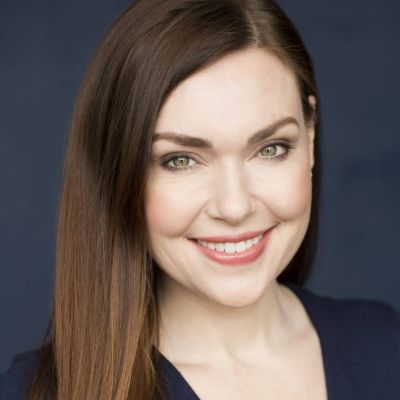 Who Is The American Singer, Amanda Day Married To?

Reflecting on her personal life, it is known that she is a married woman. Amanda Day is living a happy married life along with her husband, Clint Lugar.

The duo has not disclosed their exact marriage date and other details.

They share two children, a daughter named, Bell and a son named Ilam Root. Apart from these, she has not shared further details about her husband and two lovely children.

Who Is Amanda Day?

Amanda Day is an actress, host, art director, producer, and media star, who hails from the United States of America.

The actress was born in the United States of America and currently resides in Wayzata, Minnesota, United States. She was born on March 14, 1969, and is 53 years old as of 2023.

Amanda has not revealed the names and information of her father and mother. From the sources, we got to know that her father is a businessman in America. She is yet to reveal whether she has siblings or not.

As per her academics, she completed her graduation in International Business from San Diego State University. Also, she went to a local school for high school.

Being interested in acting since the age of 5, she aspired to become an actress.

Prior to joining her acting career, she worked at many places. As per her LinkedIn Profile, she served as a staff manager in 20001 at Robert Half International for one year.

In the year 2002, she made her acting debut through Javier Chapa’s movie Happy Hour. In 2010, she stole the limelight after appearing as Jane in Britanny Gustafons’s movie, Nigh Surf. In the movie, she shared the screen with other stars like Bill Cooper, Scotty Boe, John Karsko, Mason Makram, Dennis Matai, Tristin Rupp, Brandon Van Vliet, and many others.

Similarly, Day appeared in a lead role as Marilyn Caster in the 2018 film, What Marilyn Didn’t Know.

Apart from these in 2021, Amanda was cast as Jennifer Nelson in the movie, Elephant Stomp. Her co-stars are Pollner Bernhard, Landyn Banx, and Xavier Bradly.

On the other hand, Amanda has worked in many TV series as well. She portrayed the role of Lila Price in the TV series, One Night Stand, sharing the screen with Pete Duffy, Brandon Van Vliet, and Ryan Kiser.

Adding up more, her tv series credit includes, In an Instant, Savage Sentinels, Fem 101, and others.

Amanda is professionally an actress, who is making a whooping amount through her acting career.

However, the actress has kept her salary or other income a secret from the media.

Amanda Day has not been implicated in any rumors or scandals.

In addition, Day also stays away from the media and situations that could hamper her professional career. Despite being popular on the internet, she has been able to successfully balance her professional and personal lives.

The 53-years old beautiful actress, Amanda stands at an average height of 5 feet 6 inches while she weighs around 65 kg.

Her vital stats are 34-24-35 Inches which indicates her bust-waist-hip sizes.

As of January 24, 2023, Amanda Day is only active on Instagram, using it under the username, @amandagermaineday. It is enriched with over 1.4k followers.

Her most recent post was on December 1, 2022, with a picture of her mother and breakfast made by her mother. She even dedicated a beautiful caption to the breakfast and for her mother, showing much love.