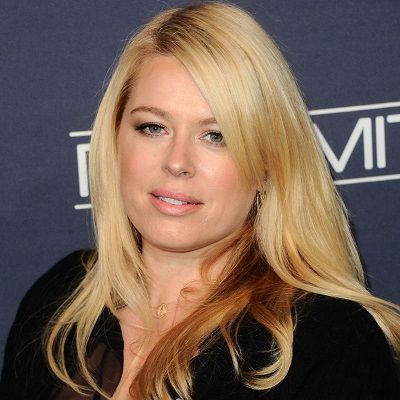 It is not easy but we are in a time when there is a push towards more inclusion and that includes all ages of women. I love seeing women who are older than me, I need to know what aging gracefully looks like and we don’t have enough examples of that.

What is the relationship of Amanda De Cadenet?

Amanda De Cadenet is married to her boyfriend Nick Valensi, a singer, songwriter, and musician. Also, he is 11 years younger than her.

Previously Amanda was in a married relationship with a rocker John Taylor.

However, they filed for divorce in the year 1995. This ex-couple had a daughter together named Atlanta Noo De Cadenet Taylor.

Who is Amanda De Cadenet?

She has appeared in movies like Four Rooms, Brokedown Palace, and Fall.

Her father is Alain de Cadenet and her mother is Anna de Cadenet. Alain is a car race driver whereas Anna works as a homemaker.

Her ethnicity is English. She has a brother named Bruiser De Cadenet who is an actor.

Amanda has a very short career on the screen.

She has appeared only in three movies. Her first film was Four Rooms in 1995. She was seen playing the role of Diana.

Then in the years 1997 and 1999, she was featured in two movies Fall and Brokedown Palace respectively.

She went to become a photographer in 2002.

Also, she has worked with several magazines. Some of them are Spin, Jane, and Harper’s Bazaar.

Then in the year 2005, she published her first photography book Rare Birds.

Amanda then hosted a show named The Conversation with Amanda de Cadenet.

This show is about interviewing celebrities and was premiered in 2011.

Cadenet’s second show was aired on 24 July 2014 in front of a live audience. The name of the show was Undone with @AmandadeCadenet.

She has an estimated net worth of $1 million US.

Her 1999 movie Brokedown Palace had a box office collection of $10.1 million US and was made with a budget of $25 million US.

Amanda De Cadenet has 101k followers on Twitter which she joined in Aug 2009.

Her Instagram has around 160.6k followers and has posted over 2.2k posts.