Skip to content
Married Biography
Married Biography / Entertainment / What did Amanda Ensing do which made her center of attention in Twitter? Know about her age, boyfriend, social media, biography

Posted by MarriedBiography Posted on January 13, 2021 | In controversy , Dating
Share this

Amanda Ensing who is known for being a YouTuber and an Instagram star is part of controversy recently. She is currently feuding with a bunch of beauty influencers like Jackie Aina, Manny MUA, and more. After the recent U.S. capitol riots occurred, Amanda went to Twitter to share her thoughts on the moment.

“The left: I hate it here. America is embarrassing. Only we can riot & loot. Defund the police. Just do what the government tells you & don’t ask questions. The right: Let’s fight for freedom. We love the USA. Defend the Constitution. We support our Military & Law enforcement Flag of the United States.”

Her tweet caught the attention of many and it became a feud quickly. She has been called out by many since then. Previously, Ensing had a feud with Kylie Jenner.

What is the age of Amanda Ensing?

Amanda Ensing is 29 years old at present. She was born on 4th September 1991 in the USA. Amanda is half-Puerto Rican but the name of her parents are not known. She has two younger brothers. Ensing attended the University of Tennessee and graduated with a Bachelor’s degree in Political science and Business Administration.

When she was in college, she participated in many activities and societies including Alpha Chi Omega, Phi Alpha Delta, UniTe, Panhellenic Judicial Board, YWCA, Knoxville Family Justice Center, Relay For Life, and Knoxville Catholic Charities.

Also read What does Rachel Uchitel have to say about her affair with Tiger Woods? Know about her two failed marriage and net worth

Who is Amanda dating?

Amanda Ensing is in a relationship with a man named Rafael. They have been dating each other for months. Rafael also makes an appearance on her YouTube and Instagram. But he has kept himself away from the media. On 4th September 2020, she posted an adorable picture with him and wrote,

Amanda Ensing has a YouTube channel with 1.42 million subscribers. She makes makeup, skincare, inspirational videos, outfits, and lifestyle videos on her account. Some of her videos are Whipped Vanilla Matcha, Huge Amazon Haul, My Relaxing at Home Pamper Routine, My First Workout After Quarantine, New Makeup Techniques for Natural Makeup, and more.

Also read How much does Belle Delphine earn? Who is her rumored boyfriend Joshua Gray? Know about her age and YouTube channel termination

Her boyfriend and dog also make an appearance on her Instagram. On 10th March 2020, she bought her dream car which was a Mercedes car. Also, she wrote,

“i bought my dream car 🥺🤙🏽 growing up, i always heard “marry a rich man” so i decided to be my own rich WOman. i decided to not let anyone tell me what my life should be. thank you from the bottom of my heart for the endless support. who knew a little half Puerto Rican, half white girl from Tennessee would be living out her passion & purpose.”

Similarly, Amanda likes spending time in the swimming pool. She can be seen spending time in different beach locations. She loves traveling to different places. Moving towards her Twitter, she has 85.5k followers and joined it in July 2012. Similarly, Amanda has a Facebook page with 316.7k followers. Her Facebook page was created on 9th January 2013.

Ensing has a TikTok account with 377.2k followers and has gained more than 7.1 million likes. Her videos have gained more than thousands of views. One of her Starbucks fall drinks video went viral and has more than 4.2 million views. 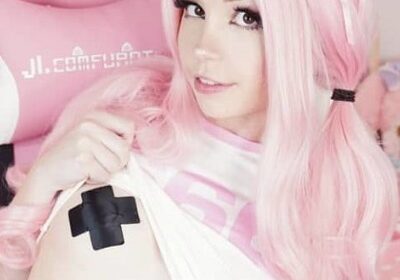