Posted by MarriedBiography Posted on October 28, 2020 | In Married , Net Worth
Share this 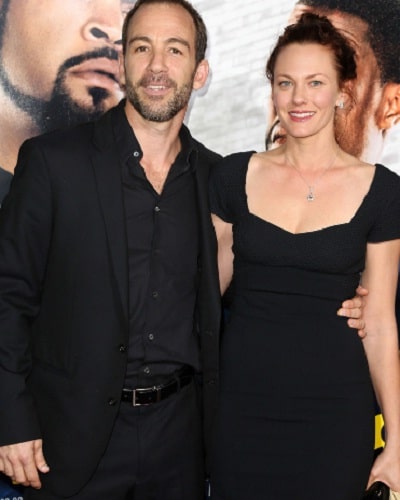 Amanda Humphrey works on immigrant safety issues. She works for ‘this is about Humanity’ organization. It is a Los Angeles based organization which is dedicated to raising awareness about separated and reunified families and children at the border.

“We educate others on being allies and advocates, and through our proximate trips to the border and our This is About Humanity fiscal sponsorship fund at the International Community Foundation we help support those individuals with essentials for living, access to legal services, mental wellness checkups, and other shelter projects.”

Similarly, Amanda has spent time doing water drops in the desert associated with Border Angels. It is known that they leave water and supplies along routes that immigrants use to cross into the United States from Mexico.

Amanda Humphrey and Bryan Callen walked down the aisle on 28th October 2008. They have been married for almost 12 years. Amanda filed for divorce on 7th February 2020 in the Los Angeles Superior Court. They have children together but there is no much known about their children.

They have kept their married life private. It is not known whether their divorce has been finalized or not.

How much is the net worth of Amanda Humphrey?

Amanda Humphrey has an estimated net worth of $1 million. She shared the net worth of her husband Bryan Callen which is $2.5 million as per Celebrity Net Worth.

He has done comedy specials on Man Class, Never Grow Up, and Complicated Apes. Similarly, his film work includes Think Like a Dog, No Safe Spaces, Joker, Range 15, My Man Is a Loser, Walk of Shame, Planes: Fire & Rescue, About Last Night, Ride Along, 10 Rules of Sleeping Around, and many more.

Likewise, he has worked in TV series like Schooled, 2 Broke Girls, The Goldbergs, Kingdom, Californication, Death Valley, In Plain Sight, CSI: Miami, Bank of Hollywood, The Secret Life of the American Teenager, and more.

Amanda Humphrey has around 1.3k followers on his Instagram account. She joined Instagram on 7th October 2017. She has pet dogs which she posts on her account. Humphrey also likes horses and spends time at her barn.

During the wildfire at Woolsey, she helped in rescuing and tracking down horses who broke loose to escape the fire. Likewise, Amanda is also a foodie and shares food on her feed. On 11th May 2020, she wished her mother on Mother’s day with a picture of her mother riding a horse and her father looking at her.

“Happy Mother’s Day to this fearless woman:) And Happy 45th Anniversary. My father still looks at her this way today”

Bryan Callen is an American actor, comedian, and podcaster. He is most known as one of the original cast members on the sketch comedy series MADtv. Bryan is also famous as the co-host of the successful independent podcast The Fighter & The Kid. He regularly appears on the Joe Rogan podcast The Joe Rogan Experience. Read more bio…

Tags : Bryan Callen's wife this is about Humanity