Amanda Lang was once a married woman. She was previously married to the president of C3 Communications, Vince Brog.

There is no information about their dating history and marriage date. They together have two children. The couple was together for several years and they separated due to personal issues in August 2012.

Their separation later ended up with a divorce. After her divorce, she began dating W. Geoffrey Beattie, a member of the Royal Bank of Canada. They began dating each other in January 2013. No news about their breakup came out till now.

It seems like they are still together. There is no other record of her past and present relationships. Currently, she resides in Toronto, Ontario, Canada with her two children. 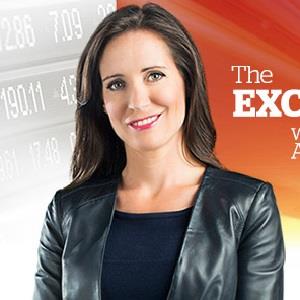 Productivity is not a boring subject. It's the key to our economic prosperity. And we're failing miserably at it - it's tragic. For years now I'd been giving these speeches about productivity, and afterwards people would come up and say, 'Great, now you've scared us to death. But what can we do about it?' And I didn't have a response. So I started to dig into it and what I discovered is that there is an easy answer, and it's innovation.

Organizational behavior theorists believe that increasingly, no matter what your job is, you are going to be taxed with complex problems. So, if we're not actually training people to absorb and process information in a way to meet that challenge, then we are creating a whole group of people who are in another class. Not just socio-economically, but mentally too.

Who is Amanda Lang?

Amanda Lang is a famous Journalist, TV show host, anchor, and writer in Canada. She is best known as a senior business correspondent for CBS News. She is also popular as the anchor of CBC News Network, The Exchange with Amanda Lang.

Amanda was born on 31 October 1970, in Canada and she was raised in Manitoba and Ontario, Canada. Her nationality is Canadian and her ethnicity is unknown.

She is the daughter of the Liberal party MP and federal cabinet member, Otto Lang(father). There is no information about her mother.

She is the stepdaughter of Donald Stovel Macdonald, a federal Cabinet minister. Amanda has an identical twin sister named Adrian. She has not revealed any information about her childhood till now.

She was educated at St Mary’s Academy, a private girl’s school in Winnipeg, Manitoba. Later, she attended the University of Manitoba and studied Architecture before becoming a journalist.

After working for the National Post for a while, she joined CNN as a reporter and anchor of American Morning’s New York Stock Exchange. At the same time, she anchored the financial network called CNNfn. After working in the United States for a few years, she shifted back to Canada and joined Business News Network as an anchor.

After leaving BNN in July 2009, she joined CBC News Network in October 2009, as the anchor of The Lang & O’Leary Exchange. In March 2010, she interviewed the former prime minister of Canada, Brian Mulroney.

Since then, she had already become one of the most popular journalists in Canada. Lang released her first book titled The Power of Why on October 9, 2012.  In February 2012, she hosted a book launch party called “How to Speak Money: The Language and Knowledge You Need Now”.

The same year, she was named as one of the “50 Most Influential People in Toronto”. In early 2016, Amanda became the host of Bloomberg TV Canada’s new show Bloomberg North.

Lang is one of the highest-paid journalists in Canada. She has a huge figured salary but her exact salary is not disclosed yet. She has a net worth of  $5 million as of 2022.

There is no rumor of her other relationships at the current time. She has been very active in her work since her early days as a journalist and she has never been criticized for her work till now.

Amanda Lang has a height of 5 feet 4 inches. Her body weight is not known. She has dark brown hair color and hazel eye color. Furthermore, there are also no details on her body measurement

What did Elliott Love and Zara Holland do? Know about their arrest and details about relationship