Updated On November 15, 2022 | Published By: Helen Fell
Share this
Married 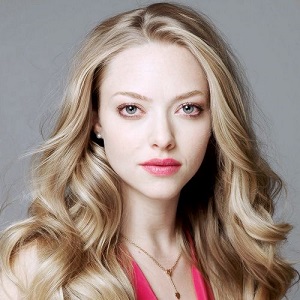 The main thing you can change is how you perceive yourself. Stop looking in the mirror and realize that youre living for yourself, not other people

I have jeans with holes in them and I have nice jeans. I have casual and I have dressy jeans. I've got all kinds

When you value your family over anything else you're always going in the right direction.

What is the relationship of Amanda Seyfried?

In 2016, she began dating actor Thomas Sadoski, her co-star in The Last Word, which is scheduled to be released in 2017.

On September 12, 2016, the couple became engaged and the couple married on March 12, 2017, and two months later announced that Seyfried is pregnant with their first child.

Who is Amanda Seyfried?

Amanda Seyfried is an American actress and singer-songwriter. She is best known for her roles in Mean Girls and Mamma Mia.

She has also appeared in Alpha Dog and in the television shows Veronica Mars and Big Love.

Amanda Seyfried was born in Allentown, Pennsylvania on December 3, 1985. Her mother Ann is an occupational therapist and her father Jack Seyfried is a pharmacist.

She is mostly of German descent, with smaller amounts of English, Scots-Irish, and Welsh ancestry.

She has an older sister, Jennifer Seyfried a musician in the Philadelphia organ-driven rock band Love City. Seyfried also wanted to act and sing. She studied opera with a voice coach during her teen years.

On the acting front, her first contract role came at age 15, playing Lucinda Marie “Luck” Montgomery on the soap opera As the World Turns (2000).

She next appeared as Joni Stafford in another soap opera, All My Children (2002).

Seyfried graduated in 2003 from Allentown’s William Allen High School, but a career-changing movie role in a teen flick changed her plans.

Amanda Seyfried began her career as a model when she was 11 years old then her acting career at the age of 15 with recurring parts in the soap operas As the World Turns and All My Children.

In 2004, Amanda made her film debut in the teen comedy Mean Girls.

Her subsequent supporting roles were in independent films, such as the drama Nine Lives (2005). She also had a recurring role on the UPN television series Veronica Mars (2004-2006).

Amanda starred in the HBO drama series and appeared in the musical feature film. She has played roles in black comedy horror films, romantic drama –war films, and romantic dramas.

During Seyfried’s time modeling, she appeared in print ads for clothing companies including Limited Too with Leighton Meester, and was featured on three covers of the Sweet Valley High novel series.

In early 2012, Seyfried appeared in the thriller Gone and played Cassette in the Oscar-nominated film adaptation of Les Miserable. In 2015, she appeared in the comedy Ted 2 and Pan, in which she played Peter Pan’s mother.

She was named as one of the most influential people in the world in 2022 by Times Magazine.

According to rumors, Amanda was dating her on-screen lover, and photographs have emerged of Seyfried.

Amanda Seyfried has a height of 5 feet 3 inches and weighs 58 kg.

She has hair color is blonde and her eye color is hazel green.

Top notch actress Amanda Seyfried was bullied for her pale skin! Read how she coped with it