Amanda Steele is a YouTuber who is a beauty and fashion expertise. 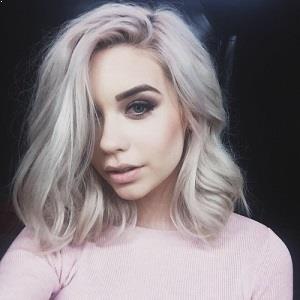 What is the relationship of Amanda Steele?

The beautiful and talented YouTube Sensation, Amanda Steele is believed to be an unmarried girl.

Who is Amanda Steele?

Amanda Steele is an American YouTuber who is famous for her work as a beauty and fashion expert and for her YouTube channel ‘MakeupbyMandy24’ having more than 2.8 million subscribers.

She posts numerous makeup-relevant posts through her YouTube channel and collects acclaim from viewers from all over the world.

Amanda Steele was born to American parents in California, United States of America, and was raised by her parents along with her sister Lauren. She was born on July 26, 1999, and is extremely popular just at the age of 17.

Her nationality is American and her ethnicity is North American. Honestly, there is no information about the family background of Amanda Steele and her early life as well.

She never reveals any information about the early interest and events which drove her to be a beauty and fashion expert in her future.

Amanda Steele initiated her career as a YouTuber when was a student in grade 5. It was a very early age to start her career and to know the ins and outs of the YouTube World.

But, she kept on releasing some videos about the makeup tips and tricks which led her to be one of the most demanded YouTube Personalities at present.

With the help of her talents and appearances with some beauty and fashion tips, she has a total of over 2.8 million subscribers on YouTube on her Channel ‘MakeupbyMandy24’.

She made her progress felt and finally won the award for Fashion at the 2016 Streamy Awards 2016 which is considered one of her greatest achievements.

Furthermore, she is a friend of another makeup artist Sarai Jones and is often compared with beauty and fashion expertise Michelle Phan.

Though her net worth is not known through any social media, it is for sure that she has a decent amount of money as her earnings per annum.

She has not been involved in any rumor or embroiled in a major controversy.

Also get to know more about the birth facts, education, career, net worth, rumors, height, and social media of different personalities like Aaron Burriss, Abbie Ensign, and Adi Fishman.