Amari Bailey is an American basketball player. He is popular for being the son of a model-TV star, Johanna Leia.

Amari Bailey’s relationship status is possibly single. He has not revealed the details of his present affair or girlfriend.

But a girl named Amara Vyana in the past had broken his heart. He showed his grief with an Instagram post that was later deleted. 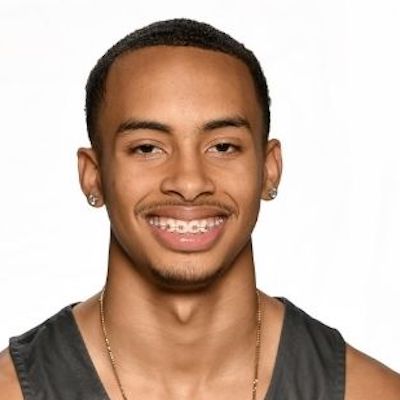 Who is Amari Bailey?

Amari Bailey is an American basketball player. He is popular for being the son of a model-TV star, Johanna Leia.

Also, he was seen in a Lifetime reality series Bringing Up Ballers.

His birthdate is 17 Feb 2004 and he was born in Chicago, Illinois, United States. The name of his mother was Marlene Johanna and his father is Aaron Bailey (Football player).

Regarding his academics, he currently attends Sierra Canyon High School and will graduate in 2022.

Amari Bailey is an emerging basketball player. He currently plays for Sierra Canyon HS in the Shooting guard position.

For his amazing gaming style, he has titled California Mr. Basketball in 2021. After high school, he is committed to joining the UCLA team.

He participated in FIBA Americas U16 Championship in 2019 where he gained a gold medal. Also, Amari tried for modeling and was associated with Ford Models.

By the recorded reports of 2021, he has accumulated a net worth of around $500k US. The annual salary from his acting journey is behind the curtain.

On the other hand, his mom, Johanna has assets worth $1 million.

This basketball player is keeping himself away from rumors and desperate scandals. But he is in the news for his mom’s affair with rapper Drake.

Recently in Aug 2021, Drake gave his girlfriend’s son an OVO chain which was custom-made. Amari took the help of an Instagram story to show this amazing gift.

Amari Bailey’s height is 6 ft 5 inches and his body weight is 86 kg. Moreover, he has dark brown eyes and his hair is in black color.