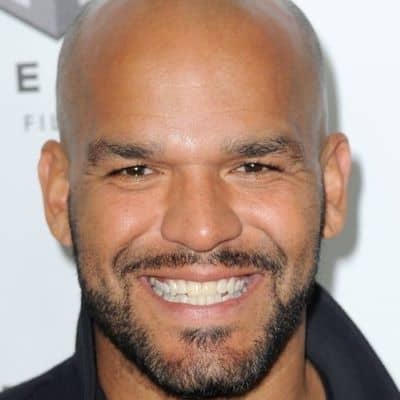 Who is Amaury Nolasco dating?

Amaury Nolasco is single as of 2022. He previously dated Jennifer Morrison in 2009 but the relationship lasted three years only.

Amaury Nolascoalso had a romantic encounter with actress Andrea Pambechy (2006 – 2007). It seems that Nolasco has no plans of getting married or having kids for now.

Who is Amaury Nolasco?

Amaury Nolasco is a multiple-time ALMA Award nominee Puerto Rican actor. Nolasco for his role as Fernando Sucre on the Fox television series Prison Break has received much fame. His role in Transformers amused the audience.

Recently, Nolasco is being spotlighted for portraying Benny in the upcoming film The Valet starring Eugenio Derbez, Samara Weaving, and Max Greenfield.

He was born Amaury Nolasco Garrido on December 24, 1970, under the zodiac Capricorn. The 51-year-old actor belongs to the Puerto Rican ethnicity.

His parents are his mother Camelia Garrido, and his father Ángel Nolasco. He had a sister Deborah Garrido who unfortunately passed away in 2010 because of cardiac arrest leaving the whole family in grief.

Nolasco initially intended to be an actor and thus, enrolled in the University of Puerto Rico in order to study biology and become a doctor. Seems like, the future held different plans and he dropped out and moved to New York.  Meanwhile, he got training at the American British Dramatic Arts School.

Throughout his career, Nolasco has guest appearances in television series such as Arli$$, CSI: Crime Scene Investigation, and ER.

His first role in a feature film was in Takeshi Kitano’s film Brother with the role of Victor in 2000. He then played Orange Julius in Universal’s 2003 film 2 Fast 2 Furious. After that, he landed the role of Jorge Minadeo opposite Bernie Mac in the 2004 film Mr. 3000.

Amaury Nolasco earns a handsome salary as an actor which led him to accompass a $2 million net worth as of 2022. Meanwhile, the actor leads a luxurious life in his home, and uses branded clothes, and cars.

Nolasco has maintained a clean profile among the public apart from the rumors and controversies. Likewise, he stays away from unnecessary engagements that impact his personal and professional out fronts.

Amaury Nolasco stands 5 feet and 10 inches tall and weighs around 85 kg. He has a well-built brown muscular body with black hair and black eyes. He has a chest size of 42 inches but his dress and shoe size are not known.

Nolasco is using an official Instagram @amaurynolasco with 1 Million followers. His official Facebook page has 1.3 M followers. He has a 142.1 k following on Twitter @amaurynolasco where he mentions that he is a part-time spy. Other than that, he is unavailable on YouTube, and TikTok.